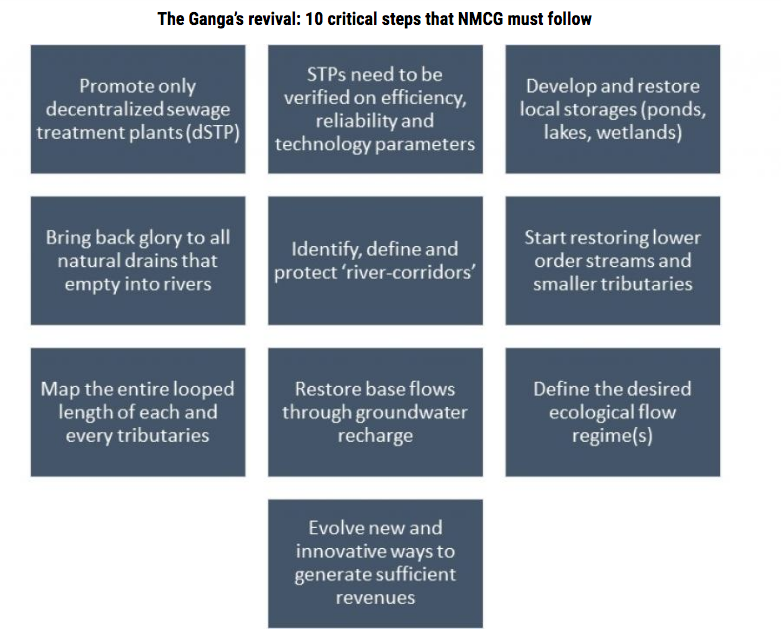 As PM Modi advises states along the river to shift focus from Namami to Arth Ganga, it is clear that the Ganga cannot be restored by only pollution-abatement measures 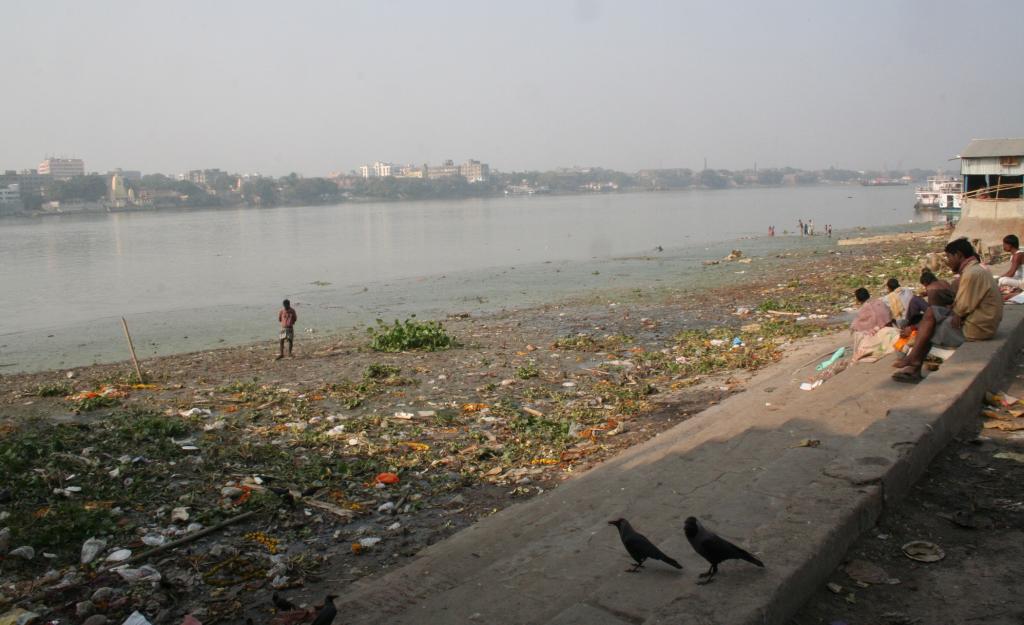 The Himalayas are the source of three major Indian rivers namely the Indus, the Ganga and the Brahmaputra. Flowing for about 2,525 kilometres (km), the Ganga is the longest river in India. The Ganga basin constitutes 26 per cent of the country’s land mass and supports 43 per cent of India’s population.

The government of India has set up an empowered body consisting of a dedicated team of officers as part of the National Mission for Clean Ganga (NMCG) under the Union Ministry of Jal Shakti (earlier called as Ministry of Water Resources, River Development and Ganga Rejuvenation).

The NMCG has stated its vision in terms of four restoration pillars, namely  Aviral Dhara  (continuous flow),  Nirmal Dhara  (clean water),  Geologic Entity  (protection of geological features)  and Ecological Entity  (protection of aquatic biodiversity). According to the Central Pollution Control Board (CPCB)'s 2014 estimates, approximately 8,250 million litres per day (MLD) of wastewater is generated from towns in the Ganga basin, while treatment facilities exist only for 3,500 MLD and roughly 2,550 MLD of this wastewater is discharged directly into the Ganga.

The industrial pollutants largely originate from tanneries in Kanpur, paper mills, distilleries and sugar mills in the Yamuna, Ramganga, Hindon and Kali river catchments. Then, there is the huge load of municipal sewage which contributes two-thirds of total pollution load.

The cost of the damage was assessed by the state pollution control board (UPPCB) as compensation for restoration of environment and the public health in the area. Incidentally, the NGT also held UPPCB liable and directed it to pay Rs one crore for ignoring illegal discharge of sewage and other effluents containing toxic chromium directly into the Ganga.

The NGT, in its order dated December 6, 2019, directed local bodies and concerned departments to ensure 100 per cent treatment of sewage entering rivers across the country by March 31, 2020. In the case of non-compliance, the NGT has warned authorities that they will be liable to pay Rs five lakh per month per drain falling in the Ganga and Rs five lakh for default commencement of setting up sewage treatment plants.

Water in India is a state subject and water management is not a truly knowledge-based practice. The management of the Ganga lacked basin-wide integration and is not very cohesive between various riparian states. Further, there is a greater challenge of upgrading the water supply and wastewater treatment infrastructure in the designated smart cities and of providing clean water supply to all rural households by 2024 under the Jal Jeevan Mission.

Given the limited water resources, the task is enormous. For about three decades, the different strategies to clean-up the Ganga were attempted such as the Ganga Action Plan (GAP, Phase I and II) and establishment of the National Ganga River Basin Authority (NGRBA). But no appreciable results were achieved.

Recently, the Ganga Council headed by Prime Minister (PM) Narendra Modi, in its first meeting held on December 14, 2019, floated a plan to promote sustainable agriculture in the Gangetic plain by promoting organic clusters in a five-km stretch on both sides of the Ganga basin in Uttarakhand, UP, Bihar, Jharkhand and West Bengal.

It is a good policy move, considering the cumulative use of pesticides has doubled in the last one decade and most of it runs off in our rivers. For the short-term, the five-km stretch is fine, but the government should eventually plan to stretch it to cover more area in the basin. Agriculture along the entire riverbed should be organic.

READ FULL ARTICLE ON DOWN TO EARTH