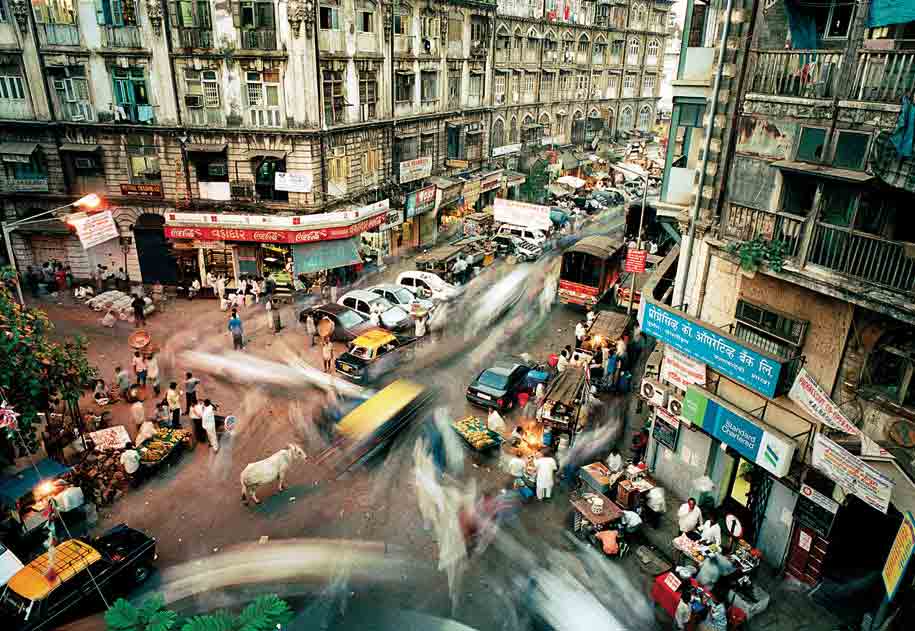 There are several causes of water pollution in India. The main causes are briefly described as under:

Rapid urbanisation in India during the recent decades has given rise to a number of environmental problems such as water supply, wastewater generation and its collection, treatment and disposal.

Many towns and cities which came up on the banks of rivers have not given a proper thought to problem of wastewater, sewerage, etc.

In urban areas, water is tapped for domestic and industrial use from rivers, streams, lakes, ponds, wells, etc. Nearly 80% of the water supplied for domestic use passes out as wastewater. In most cases, this wastewater is let out untreated and causes large scale pollution of the surface water.

A part of it percolates into the ground and contaminates the ground water. Class I cities (cities with population above one lakh) generate as much as 16,662 Mid (Million litres per day) of wastewater. About 70% of the population of class I cities is provided with sewerage facility. The Ganga river basin contributes about one-third of the total wastewater of India.

As per the latest estimate out of 23 thousand MId of wastewater generated, only six thousand Mid (i.e., about 26%) is treated before letting out, the rest is disposed off untreated. The level of treatment available in cities with existing treatment plant varies from 2.5% to 89% of the sewage generated.

Treated or partly treated or untreated wastewater is disposed into natural drains joining rivers or lakes or used on land for irrigation/fodder cultivation or to the sea or a combination of them by the municipalities. Basin wise wastewater generation and treatment in class I and class II cities are given in Table 9.15.

Municipal water treatment facilities in India, at present, do not remove traces of heavy metals. Given the fact that heavily polluted rivers are the major sources of municipal water for most towns and cities along their courses it is believed that every consumer has been, over the years, exposed to unknown quantities of pollutants in water they have consumed. To add to this, Indian towns and cities have grown in an unplanned manner due to rapid population growth.

Facilities for running water have been provided in many towns and even in some villages during the last couples of decades. This has resulted in the use of flush-latrines and much larger use of water in home for bathing, washing of clothes, utensils etc., generating large quantities of wastewater.

Use of soaps and detergents and amounts of various food materials going to sink have also grown considerably with improved life standards. But sewerage has lagged far behind water supply. According to estimates made by the Central Pollution Control Board (CPCB), only 22% of the wastewater from class I cities and 14% from class II cities is being collected through sewerage. A large number of cities/towns either do not have any sewerage system or the sewerage system is overloaded or defunct. All this results in large quantity of wastewater uncollected.

Situation in big cities is worsened by migration of poor people from the surrounding rural areas. These people migrate to the cities in search of livelihood. According to an estimate by CPCB, only about 40-50% of the population of the major cities like Delhi, Mumbai, Kolkata, Chennai and Bangalore are served by sewer systems. Even where there sewers exist, they often leak or overflow, releasing their contents to storm-water or other surface drains or percolate in to the soil to reach ground water. Very often uncollected and untreated sewerage water reaches the streams thereby polluting their water.

Out of remaining 16,348 mid of wastewater, thermal power plants generate another 7,275 Mid as boiler blow down water and overflow from ash ponds. Engineering industries comprise the second largest generator of wastewater in terms of volume. Under this category the major polluting industries are electroplating units.

Both large scale industries and small scale industries contribute their share of water pollution. While many large scale industries claim to have installed costly treatment and disposal equipments, these are often not in proper working order. Several examples can be cited, such as oil wastes present in the storm-water channel along Haldia Refinery and ammonia pollution in ground water around a urea factory of Kanpur and a natural spring close to Zuari Agro Urea plant in Goa.

Small scale and cottage industries cause no less water pollution than the large scale industries. There are about 3 million small scale and cottage industrial units in India. These units neither have, nor can they afford appropriate sanitation and/or pollutant disposal systems, and yet have not hasistated in adopting highly polluting production technologies such as chrome, tanning of leather, use of azo-dyes in fabrics, use of cadmium in ornaments and silver-ware, electroplating with cyanide baths, production of dye-intermediates and other refractory and toxic chemicals, etc.

Their solid wastes and sludges get scattered around or dumped in unlined pits and effluents flow to streams through storm- drains or stagnate in depressions to percolate, leach or get washed-off during the next rainy season. This is the story of many industrial areas and urban centres in the country.

Traces of fertilizers and pesticides are wasted into the nearest water-bodies at the onset of the monsoons or whenever there are heavy showers. As the point of entry of such agricultural inputs is diffused throughout the river basin, they are termed as non-point sources of pollution. Although irrigation has increased considerably in the country, little precious has been done to tackle the problem of the high salinity return water.

This is the situation in Punjab and Haryana. In Haryana, the 40 km long drain No. 8 pours 250,000 kg/day of chlorides into the Yamuna to raise the chloride concentration in the river from 32 mg per litre just upstream of the drain confluence to 150 mg per litre just downstream of it. And most of these chlorides are from agricultural return flows.

According to the findings of the CPCB, some of the seepage into the drain contains over 15,000 mg per litre of chlorides. Intensive and ever increasing usage of chemical fertilizers, pesticides, weedicides and other chemicals is adding a new dimension to such pollution.

According to A.K. Dikshit, senior scientist with the Indian Agricultural Research Institute (IARI), New Delhi, farmers often indulge in excess usage of fertilizers and pesticides. When these are used more than the recommended doses, they pollute water, land and air.

Flood-plain cultivation is another significant contributor to water pollution. Fertilizers and pesticides used in these tracts of land are bound to be washed into rivers during the monsoons.

Indian rivers, particularly the Himalayan Rivers, have plenty of water in their upper course. They are, however, starved of water when they enter the plain area. Irrigation canals whisk away clean water soon after the rivers reach the plains, denying water to flow in the river downstream.

What flows into the river is water trickling in from small insignificant streams and drains carrying untreated sewage and effluents. The river-turned drain flow downstream with little or no fresh water unless a large river augments the depleted flows.

As the quantity of fresh water in the river is negligibly small, pollution—either from urban and rural areas, industries or even natural forms of pollution—cannot get diluted and its ill effects are not reduced. The Yamuna has almost no water at Tajewala in Haryana where the Eastern Yamuna Canal and the Western Yamuna Canal abstract all the water for irrigation.

Similarly, the Upper Ganga Canal and the Lower Ganga Canal have left the Ganga downstream almost dry. When the Yamuna and the Ganga flow past Delhi and Kanpur respectively, they are turned into stinking sewers. Therefore, it is essential that a minimum level of flow of water must be maintained in the river.

This is known as minimum flow of rivers. According to a report of the Ministry of Water Resources on the study of minimum flows in the Ganga, impact on river water quality resulting from discharges of treated or untreated wastewater into the river will depend on the dilution offered by the quantum of flows in the river.

Minimum flows in the recipient river will be required to maintain the desired water quality. Further, the study has expressed the view that it is not possible to fix the minimum flow of water in the entire course of the river because it depends on the pollution discharged at different points on the river.

For example the existing minimum flow in the Ganga at Kanpur in May is hardly 50 cumecs (cubic metres per second) whereas the required minimum in the same month is 350 cumecs. The study further says that since the water is scarce it is not possible to add further fresh water for dilution. The solution lies in less amounts of pollution entering the river.

In view of the increased demand of water for irrigation, the minimum flow is likely to fall further in future. In the words of Ðš. C. Sivaramakrishnan, former director of the Ganga Action Plan (GAP), “maintenance of minimum flows is an important point.

The Yamuna is dying a slow death in Delhi. In fact it is a dead river as it flows past Delhi. This river is relatively less polluted when it enters Delhi at Wazirabad barrage, but a mere 100 metres downstream the barrage, the river receives untreated sewage and industrial waste. The committee on minimum flows in the Yamuna indicates that if the minimum flows requirement in Delhi is met, that would suffice for the entire course of the river.

According to report of the committee, discharge downstream of Tajewala and Okhla is less than 5 cumecs whereas minimum flow of 10 cumecs is required between Tajewala and confluence of the Yamuna with the Chambal. The committee states that this shortfall can be met either from storage facilities in the catchment area or from imports from another river basin. Increasing demand from the Yamuna water for irrigation and for meeting the urban requirements would leave very little freshwater in the river to maintain the minimum flow.

The maintenance of minimum flows, to sustain river ecology through its course as well as its confluences, is a recent awakening which requires serious thought. This policy must be pursued vigorously so that river pollution is kept at certain permissible limit.

Religious faith and social practices also add to pollution of our river waters. Carcasses of cattle and other animals are disposed in the rivers. Dead bodies are cremated on the river banks. Partially burnt bodies are also flung into the river. All this is done as a matter of religious faith and in keeping with ancient rituals. These practices pollute the river water and adversely affect the water quality.

Mass bathing in a river during religious festivals is another environmentally harmful practice. Studies have revealed that the biochemical oxygen demand (BOD) goes up drastically when thousands of people simultaneously take a ‘holy dip’. Religious practices also demand that offerings from a puja be immersed in a river. It is now common to see people immersing offerings in plastic bags. Plastic bags are very dangerous and further add to the pollution load of the river.