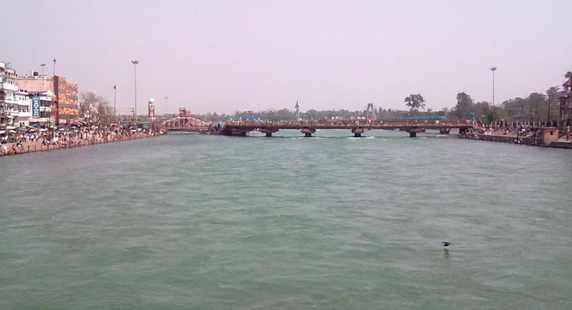 Urban local bodies in all 118 towns on banks of the river Ganga in five states will maintain the 500 metre area along the river and connecting drains as a 'litter-free zone'. Unemployed youth in these urban areas will be hired to ensure the upkeep of the zone

The National Mission for Clean Ganga (NMCG), an autonomous body under the ministry of water resources, will soon enter into a Memorandum of Understanding (MoU) with each of the 118 urban local bodies in this regard and work with the civil authorities to achieve overall objective of rejuvenating the country's national river.

Launching 'Nirmal Ganga Sahbhagita' (a sustainable partnership with 118 urban local bodies), water resources minister Uma Bharti on Saturday listed out the objectives of the move and said the task of Ganga cleaning was very arduous and complex but not impossible to achieve. Chiefs of 78 urbal local bodies from Uttarakhand, Uttar Pradesh, Bihar and Jharkhand attended the day long dialogue before the launch of the partnership.

Referring to international support, Bharti said though her ministry had been in touch with many countries including Germany, Australia, China, Nepal and Bangladesh for cooperation and technological help, the objective of Ganga rejuvenation cannot be modeled on foreign rivers as the country's national river has "cultural and religious significance".

She said, "Ganga has a unique character. It is not like any other river...People take a dip in Ganga for its cultural and religious significance. Every year around 20 to 30 crore people from all over the world take a dip in Ganga. So, we have to be careful in taking measures for its rejuvenation".

Listing out activities of 'Nirmal Ganga Sahbhagita', the minister also said if necessary, a separate act would be considered for clean Ganga mission. The Centre would help these urban local bodies in carrying out their responsibilities on the ground.