Can Turtles Play a Part in Ganga Clean-Up? 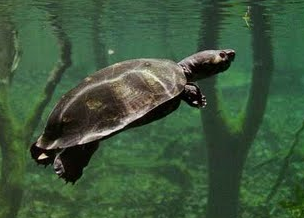 Flesh-eating turtles may seem like a weird way to clean up the Ganga, but that’s exactly what the government has been trying for the last 27 years. 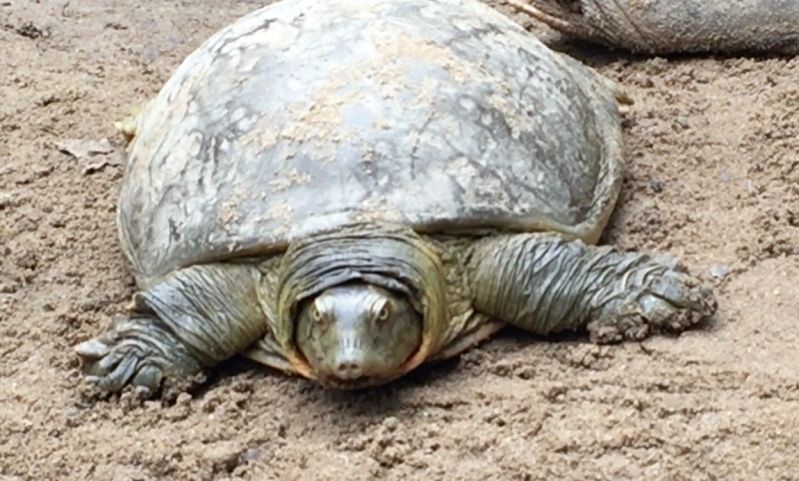 Nature has a system of checks and balances, but humans throw off the balance. (Photo: Manon Verchot)

Hidden on a beaten-down side road, the Kacchua Sanctuary is home to more than 1,000 turtles and tortoises. Some of these turtles were hatched in the centre and will spend two years in the enclosures before being released into the Ganga.

These eggs come from the Chambal, but those working at the centre say as many of 60 percent of the eggs don’t survive transportation.

Other turtles and tortoises were rescued from poachers. After healing for a few months, they will be set back into the waters.

The Ganga is heavily polluted, and efforts to clean it up haven’t been very effective. Though the government has spent Rs 3,000 crore on the river’s condition in the last two years, sewage drains and discharge from factories continue to empty directly into the river. Data from the Central Pollution Control Board reveals that in 2013, more than 760 factories were dumping waste water into the river.

At the ghats, Aarti ceremonies are also contributing to the river’s pollution. Garlands, candles and plastic bottles end up in the Ganga. Funerary rights, including cremation and bodies placed into the river, leave rotting and charred flesh behind.

Of course, turtles aren’t enough to clean up the river. They play justs one part in a complex process that needs to be approached at multiple levels.

Many of the turtles are brought to the breeding centre to save them from poaching. Turtle meat is prized in some parts of the country, which has brought some species to the brink of extinction.

And environmentalists largely say the plan to have turtles clean the Ganga hasn’t been very effective. The turtles continue to be heavily poached and sand mining disrupts nesting grounds in different parts of the country. At the same time, with so many industries dumping into the river, it’s not the release of 1,000 or so turtles every year that will make a difference.