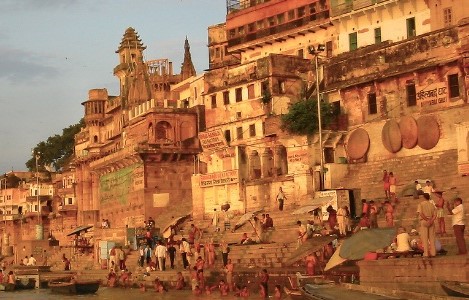 The Centre plans around a dozen garbage cleaning machines for the surface of the Ganga river by the next monsoon. It is also preparing legislation for involving riparian states for rejuvenating the river.

Global tenders have already been floated for the trash cleaning machines, to come up at Kanpur, Allahabad and Haridwar, to supplement the existing ones at Varanasi and Patna. “One machine can be stationed in a town for 15 days and then move on,” Shashi Shekhar, secretary, ministry of water resources and Ganga rejuvenation, told reporters.

Last month, water resources minister Uma Bharti had said in a written reply to a Parliament that the Centre was considering a comprehensive law on Ganga rejuvenation. Shekhar said it would allow the setting up a Central Authority on Ganga Rejuvenation, lay down the extent of water that state governments can divert from the river and impose penalties on illegal sand mining and the like. The role of polluting industries and how this can be brought down also needs to be part of the legislation, Shekhar said.

The Ganga being a national river, the Centre is within its rights to enact such a law. “But, you need consent of all states before enacting such a legislation, as this would mean the entire control of the Ganga Basin passes on to a central authority and unless all the 11 riparian states agree to this, the law would be a non-starter,” says Himanshu Thakkar, coordinator for the South Asia Network on Dams, Rivers and People.

He noted it was a vast basin, with several stakeholders. The Centre needed to involve all those, rather than going for a top-down approach of a centralised legislation.

The Centre recently approved setting up of a Special Purpose Vehicle (the term for an entity or company formed for a specific purpose) to maintain and set up sewage treatment plants along all the 118 cities and towns along the Ganga. “The SPV can be formed under the National Mission on Clean Ganga,” Shekhar said. The Centre has also constituted two committees, one under finance minister Arun Jaitley and the other under road transport minister Nitin Gadkari to hasten work under the Ganga plan.