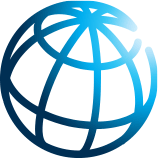 With IBRD financing and expertise, the World Bank helped clean up the Pearl River system in south China by expanding waste water treatment capacities of Foshan and Jiangmen to reduce pollution originating from these two municipalities, directly benefiting 1.7 million residents in the project areas and contributing to China’s efforts to tackle one of the most serious environmental challenges facing the country.

The World Bank supported the Guangdong Provincial Government’s efforts to clean up the Pearl River Delta and improve its water quality, with the first Guangdong Pearl River Delta Urban Environment Project approved in 2004. The project financed wastewater treatment facilities and other investments in the provincial capital of Guangzhou, the most concentrated pollution source area.

Following the first project, the Second Guangdong Pearl River Delta Urban Environment Project, approved in March 2007, focused on Foshan and Jiangmen which together accounted for 15 percent of the pollutants in the Pearl River system. The project aimed to reduce water pollution in the Pearl River system originating from these two municipalities through a package of key initiatives, including wastewater treatment and sludge disposal, water quality monitoring, sediment removal from waterways, and flood protection and river embankment improvements.

The Pearl River Delta area has been identified as possibly the biggest pollution hot spot in East Asia, with major impacts spilling over into the South China Sea. By addressing the largest pollution sources in one of the national and regional pollution hotspots, the series of Pearl River Delta projects represented an important step in assisting China tackle one of the most serious environmental challenges facing the country.

Implementer between 2007 and 2013, the Second Guangdong Pearl River Delta Urban Environment Project contributed to the reduction of pollution discharges entering the river system in the region from the municipalities of Foshan and Jiangmen, by supporting improvements in several key outcomes:

The project was built on the first Guangdong Pearl River Delta Urban Environment Project. In addition to financing wastewater treatment facilities and other investments in Guangzhou, the first project also supported policy reforms including pilots on inter-municipal cooperation in the planning and operating of shared wastewater facilities (such an a pilot for Chancheng-Nanhai Districts in Foshan), improvements in water quality monitoring and information dissemination, as well as a study on concessional financing of wastewater services in Jiangmen, supported by grant funding from the Global Environment Facility (GEF). These provided an analytical foundation and alternative options for the designing and implementation of the second project.

The final cost of the second Guangdong Pearl River Delta Urban Environment Project was US$142.2 million, with US$70.92 financed by an IBRD loan. During project preparation, background analysis was conducted, and feasibility studies and site selections for works were assessed. A detailed financial assessment of the two wastewater utilities in the two municipalities included an analysis on cost recovery mechanisms, surveys on willingness to pay, and projected tariffs aiming at full cost recovery.

The World Bank team developed a strong partnership with the two municipalities, which continued for the whole period of the project and was key to solve problems timely and effectively. The two municipalities demonstrated strong commitment to the project by setting up well-staffed project management offices and by assigning considerable budget for project preparation. Foshan supported an autonomous company responsible for managing water supply and wastewater services in the city, and Jiangmen established a new one responsible for wastewater services in 2006. The two municipalities provided counterpart funding estimated at US$91.9 million to support or complement project activities.

A key challenge for both Jiangmen and Foshan is to keep improving the collection networks through sewer rehabilitation, and extension to new city areas where more households can be connected. Foshan Water Group Company has a contract with Foshan Municipality up to 2030. The company plans to expand future investments and operations through PPP arrangements in the form of BOTs beyond Foshan Municipality. Both utilities have clear strategies. Jiangmen Biyuan Wastewater Treatment Company is also in the process of implementing its business and financial plans. The company has set up a center to monitor operations of all the wastewater treatment plants. The increase in wastewater tariffs in 2013 had positive effects on the key financial performance indicators of both utilities, and on the sector in general that can become more financially independent and less dependent on government subsidies.

600,000 people in Jiangmen and 1.1 million people in Chancheng district in Foshan are direct beneficiaries of the project. Pollution reduction and water quality improvement in the Pearl River Delta waterways have also contributed to welfare of the people who live downstream of the project area.