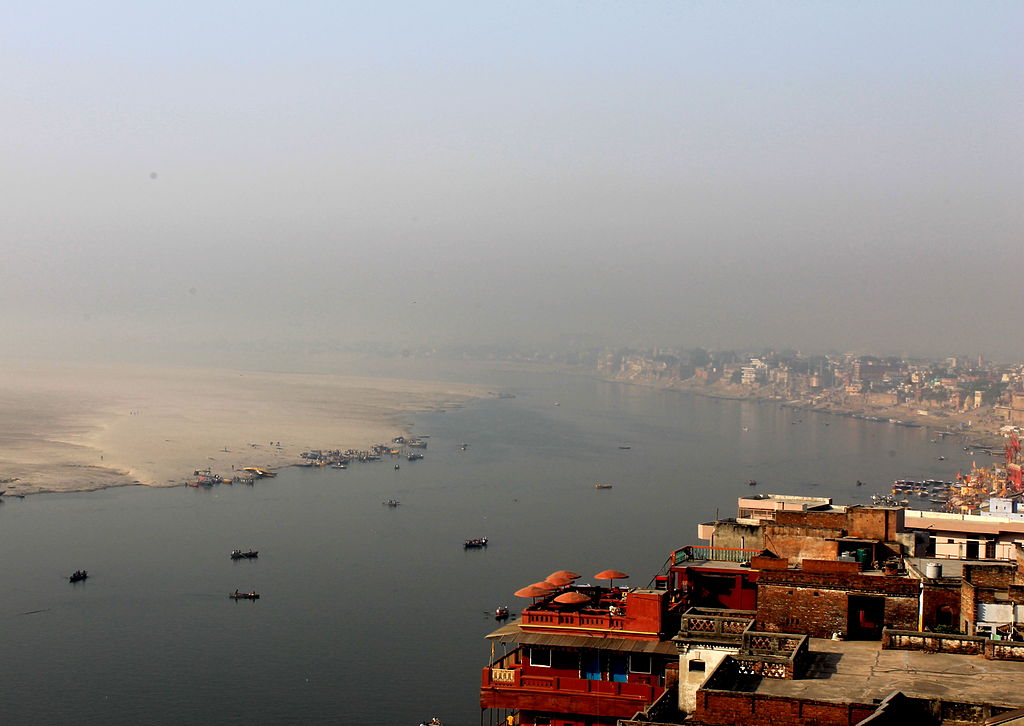 Climate change and vicious river bank erosion in the post-Farakka Barrage period have blurred the lines between the rich and the poor and are pushing successive generations to grinding poverty along the lower stretches of the mighty Ganga in West Bengal.

The frequent nature of erosion is induced by hydraulic control by the commissioning of the barrage in 1975 and Indo-Bangladesh water sharing treaty of 1977 and 1996, experts say.

And the famed weaver's colony (taantis) in Shantipur block of West Bengal's Nadia district along the left bank of Bhagirathi-Hooghly, a distributary of the Ganga, is one glaring example of the cascading effects of international water policies and diplomacy. The town is around 75 km from the state capital Kolkata.

"If you are living along the banks of the Ganga, you have to learn to live with it," is how Nirmal Biswas of Shantipur likes to think of climate change and river bank erosion along the Ganga.

The 66-year-old is a resident of Gobarchar village in Nadia, over 200 km downstream of Farakka Barrage Project in Bengal's Murshidabad district.

Nirmal views resilience as a way of life as the nourishing Ganga "pushes" the land inwards.

But what he worries about, like the rest in his village, is that there would be no land left to satiate the hungry river.

"In the last 12 years, we have lost over 100 feet of land mass. We have urged the local administration to do something about it, but they are yet to give it proper attention," Biswas told this visiting IANS correspondent.

Tracing the extent of the wearing away with his fingers, Biswas said the intensity has increased in the last three to four years.

"Simply placing boulders doesn't protect our land from erosion and floods which are now frequent," he said.

Traditionally fishermen and weavers, Gobarchar's 12,000 residents have had to adapt as the water plays truant with livelihoods.

"In several of these villages, along Bhagirathi's left bank, on an average most villagers lost 40 to 60 percent of land to erosion in the post-Farakka barrage period. This has resulted in a kind of negative equalisation. The social hierarchy has disappeared due to land loss," Aznarul Islam, an expert who has extensively studied the erosion and its socio-economic impacts in the region, told IANS.

As the generations extend, families are becoming poorer and poorer.

"We did an analysis of generations (1970-1990-2014) and we found that as the generation extends, deprivation increases. Around 40 to 60 per cent of below the poverty line (BPL) families were found in the erosion stretch," said Islam, Assistant Professor, Department of Geography, Barasat Government College.

Gobarchar's fishermen's miseries are compounded by certain "anti-social" practices that snuff out fish in the river, sparing the prawns which fetch a higher price. The advent of power looms has worsened the situation.

"Power looms need a good amount of capital investment. With the agriculture and fishing suffering, the younger lot are migrating to cities to make money to install power looms back here in the village," lamented Jeeban Sarkar, chief of the Shantipur fishermen's community.

What is more worrisome this year is the "historically low inflow" downstream of the Farakka in the Ganga. The barrage was designed to serve the need of preservation and maintenance of Kolkata Port by improving the regime and navigability of the Bhagirathi-Hoogly river system.

Salinity has gone up and a change in livelihood pattern has also emerged in the aftermath of the Farakka project, said Khodaker Azharul Haq, President, Bangladesh Water Partnership.

"It is in India's interest to also monitor why there is so much low flow in the Farakka itself. Climate change will affect everything in every possible way," Haq told IANS.

"Farakka was not designed to handle this. In the mid-60s there were no such climate change concerns. But now, any treaty that you sign should have a built-in climate change impact," Haq cautioned.

River expert Kalyan Rudra stressed the river needs a "playground" and it should be left for it to "oscillate laterally and spill off the sediment load carried during the monsoon."

"The massive intervention at Farakka has partially rejuvenated the river. But the deposition of sediment in the estuary impeding navigational channel continues, and there remains a wide gap between targeted goal and achievement of the Project," Rudra added.