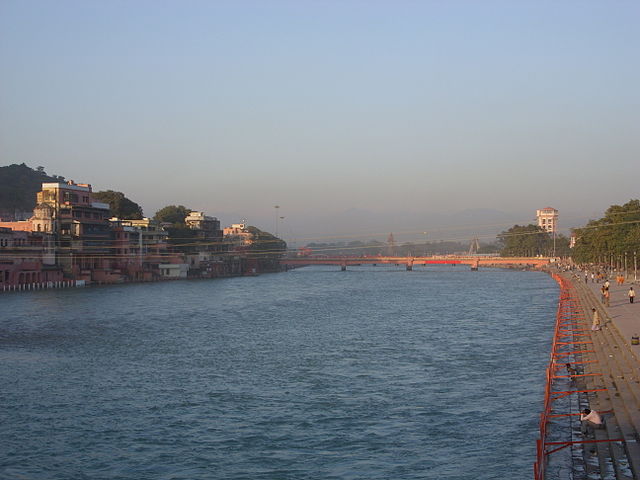 The panel will be chaired by Justice Girdhar Malviya (retd.), who presides over the trust 'Ganga Mahasabha' and commands great knowledge on the subject of Ganga conservation.

The fight against pollution in holy river Ganga is all set to get more teeth. A first-of-its-kind, Ganga Act is under formulation. The Ministry of Water Resources on Friday announced the setting up of a four-member expert panel to draft the same.

It will be chaired by Justice Girdhar Malviya (retd.), who presides over the trust 'Ganga Mahasabha' and commands great knowledge on the subject of Ganga conservation. He was also one of PM Modi's four proposers in Varanasi during the Lok Sabha elections. The tenure of this panel would be three months and extendible. Ganga, the largest river in the country, is plagued by pollution.

It runs through 11 states and 29 cities, in the process accumulating waste from them. This includes major hubs like Rishikesh, Patna and Varanasi. After the failure of two Ganga Action Plans in the 1990s, PM Modi announced the Namami Gange project in July 2014.

Justice Girdhar Malviya spoke to Mail Today, "The two main issues with Ganga are nirmal dhara, which is clean water, and aviral dhara, which is the lack of an uninterrupted flow. About 78 per cent of the pollution in Ganga is by sewage drains. There is so much human excreta in the river, that it cannot be touched.

In western countries, even 1/10th of this amount of fecal coliform calls for a board which says 'do not touch this river'." "The second issue," he added, "Is even more difficult to tackle with. After Narora in Bulandshahr, Uttar Pradesh, the flow just stops." The Act is expected to help coordinate efforts in cleaning up Ganga. It will strengthen the NGRBA (National Ganga River Basin Authority) and help execute projects divided between the five NGRBA States - Uttarakhand, Uttar Pradesh, Bihar, Jharkhand and West Bengal.

It is hoped to levy a major fine on individual polluters, municipalities and industries along the stream who dump waste. The currently existing Water (prevention and control of pollution) Act has proved to be largely ineffective. The other members in the four-member committee are: VK Bhasin, Ex-Secretary, Legislative Department, Govt of India; Prof AK Gosain, IIT Delhi and Prof Nayan Sharma, IIT Roorkee. Shri Sundeep, Director, National Mission for Clean Ganga is the Member Secretary.