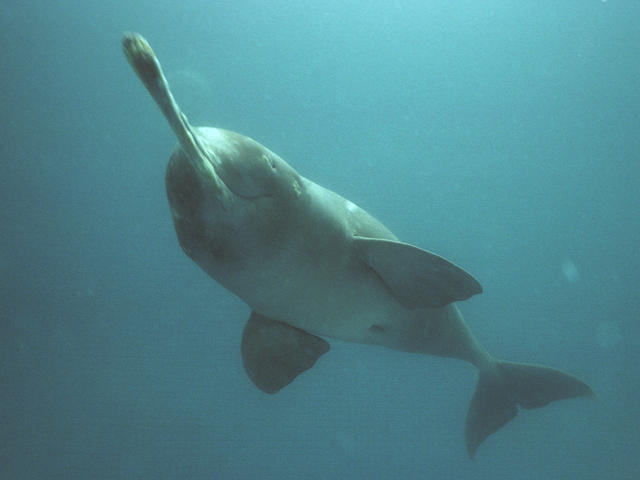 More than 1,200 dolphins were found in the Uttar Pradesh census. But is it the first part of a larger survey that will show trends only in coming years

The fact that 1,263 dolphins have been found in the Uttar Pradesh section of the Ganga during a survey last fortnight is heartening and encouraging, say wildlife experts. But not much more can be said about the well-being of the dolphin population or inferences drawn from the latest census about the health of the Ganga itself, they warn.

The 1,263 dolphins were found in 3,350 kilometers of the main Ganga river as well as its major an minor tributaries. Many of these stretches were not surveyed in the previous census in 2012, when only 671 dolphins were sighted.

“The number is also because of the addition of an 800 km stretch to this survey,” said Suresh Babu of World Wildlife Fund – India, which conducted the census along with the Uttar Pradesh forest department. “It is not as simple as saying the dolphin numbers have doubled. There is also a well-trained team and a lot of investment into human resources. The other reason could be that in certain stretches a breeding population has established itself.”

The wildlife NGO is now analysing the census data to look for dolphin population trends. Some of the early highlights include the 269 dolphins found downstream of Varanasi, an area not previously surveyed. Babu attributes this substantial population to the number of tributaries joining the Ganga after Varanasi that somewhat dilutes the pollution the river accumulates in the holy city.

“We see the same thing at Kanpur as well," Babu said. "Seventy kilometers downstream of Kanpur there are still no dolphins but beyond that you find a very good population and habitat because the river becomes healthy there with other tributaries join it."

The Uttar Pradesh survey is the first part of a comprehensive, simultaneous survey of the dolphin in all the states of the Ganga basin. The importance of the dolphin is not just that it has been India’s national aquatic animal since 2009 but, more importantly, that the dolphin population is an indicator of the ecological health of the Ganga. The Ganges river dolphin is called the tiger of the Ganga because it plays the same role in the river that the tiger does in a forest. As apex predators, the animals help maintain the ecological balance through the terrestrial and aquatic food chains.

In case of counting dolphins, a simultaneous survey is one that is completed in the same season and it falls to Madhya Pradesh, Bihar, Jharkhand and West Bengal to count their dolphins before December when fog descends and visibility along the river becomes poor.

RK Sinha, head of the zoology department at Patna University and chairman of the committee that drafted the government’s dolphin conservation plan, is not very optimistic that the job will get done in time.

“The National Mission for Clean Ganga is supposed to fund it and actually the budget has been approved but the money has not been released to the different states,” said Sinha.

The Ganges river dolphin has been marked as endangered on the red list of the International Union for Conservation of Nature since 1996. In its listing, the union notes that although considerable effort has been made to document the Gangetic dolphin since the 1970s, good data on population, mortality, occurrence have been lacking. The threats to the dolphin, the union says, have generally outpaced effort at documentation.

The threats come in many forms. The animals are poached for their meat and oil, which are used as ointment, aphrodisiacs or catfish bait. Many are accidentally killed by fishing nets. The construction of dams and barrages along the Ganga have fragmented dolphin populations and disturbed their seasonal migrations. The removal of water for irrigation and excess sedimentation has led to the dolphins losing their habitats. Dolphins have been found dying in large irrigation canals in Uttar Pradesh with no escape back to the river. 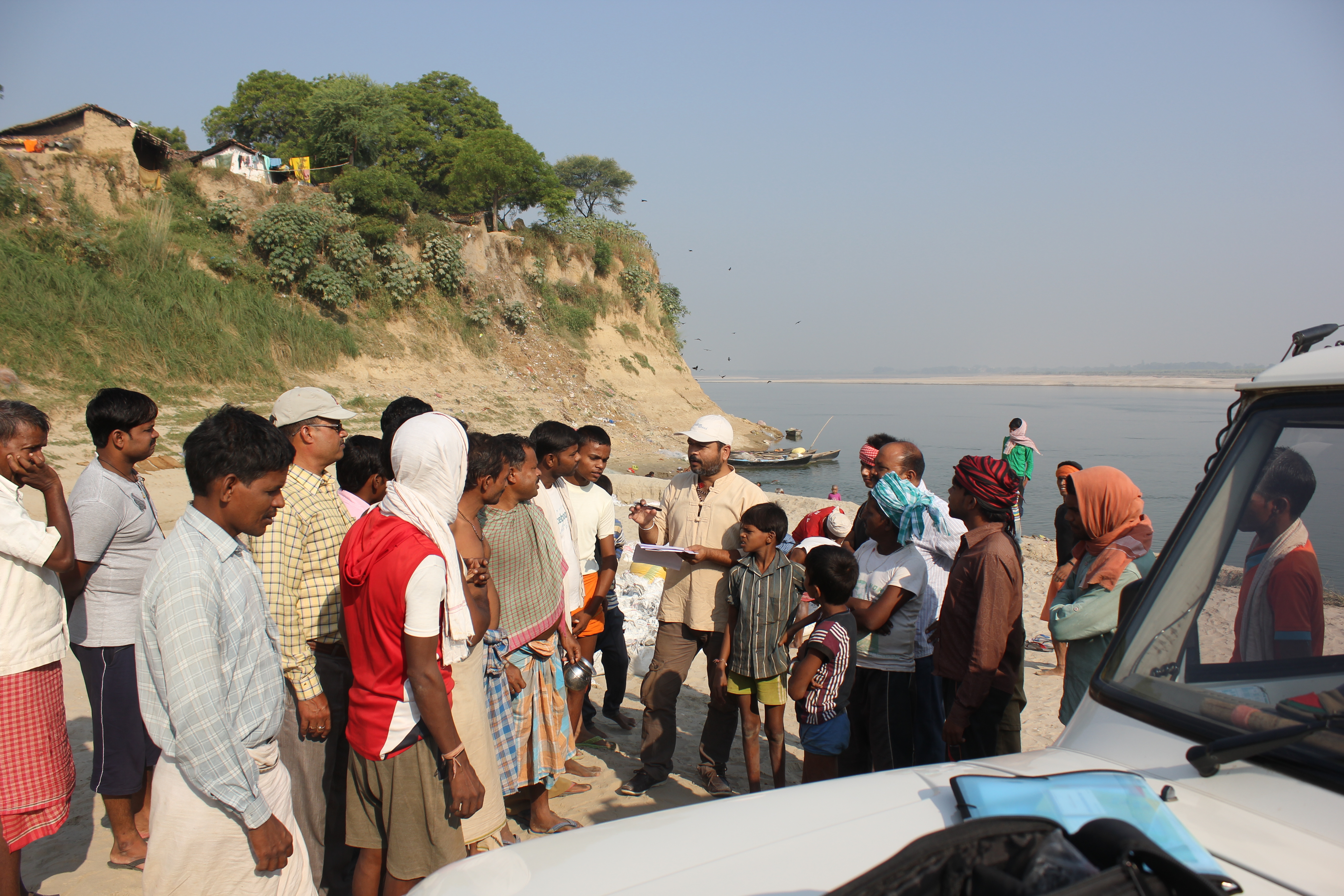 Babu notes that community efforts might be the only ones to succeed. “What needs to be realised that there is a lot of connection that people in these habitats have with these animals," he said about the survey in Uttar Pradesh. "If they are not involved in conservation, I don’t see how it would work."

Although the jury is out on the status of the Ganges river dolphin till other states complete the census operation, there’s no denying that there’s some joy in the initial result. “If the population is almost 1,263 it is good news. It is encouraging,” said Sinha.