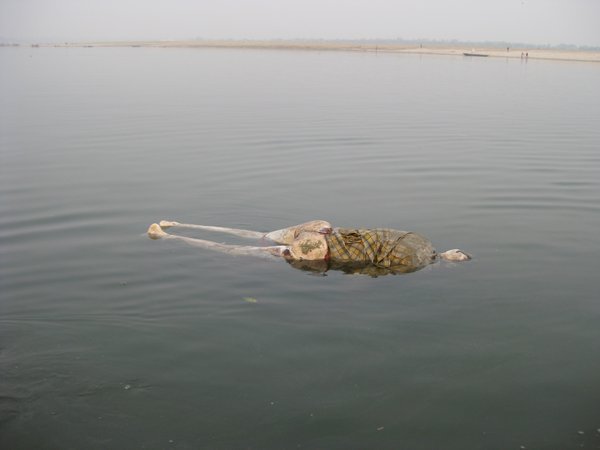 At least 30 bodies, which were ostensibly disposed of in the Ganga river as part of last rites by their kin, surfaced after the water receded near Pariyar ghat in neighbouring Unnao district, prompting administration to order an inquiry into it.

Inspector General of Police (Law and Order) A Satish Ganesh said that around 20-25 bodies were recovered near Pariyar ghat in Safipur area of Unnao.

"During preliminary investigation, local residents informed that instead of cremating the bodies of unmarried girls they are set adrift in the Ganga river," the IG said.

He said that the bodies came onto the surface after water receded in the river near Pariyar ghat.

"Most of the bodies were badly mutilated so it was difficult to ascertain their gender," he said.

Ganesh said that prima facie the case did not seem to be related to any crime, but police were looking into all the angles.