Environmentalists and Ganga Activists Demand a Ban on Mining 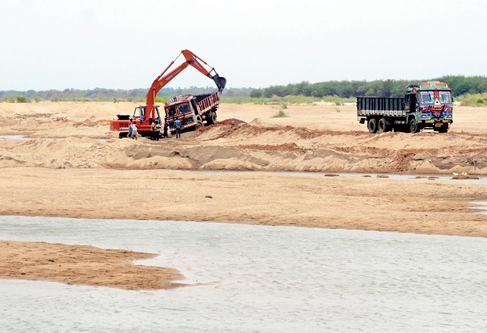 Prominent environmentalists have slammed the state government for allowing mining in the Ganga at Haridwar despite scientific evidence proving that this was harming the river. 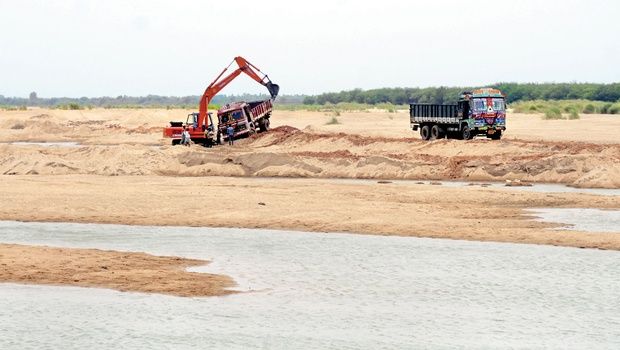 Ravi Chopra, former member of the National Ganga River Basin Authority (NGRBA), told TOI that studies have found that there are no sediments in the Ganga which are brought from uphill and which govt is claiming to be extracting in order to save the surrounding region from flood.

He added that the river bed was being dug up to take out sediments which have been deposited in the sacred river for thousands of years. "Rampant mining will cause irreparable damage to the aquatic eco-system and bring a cascading effect such as a run-off of water as flood, depletion of ground water, soil erosion, land slides etc," he added

He said, all sorts of sand mining- manual or mechanical, legal or illegal- must be stopped on Ganges in Haridwar. "These sediments brought by Bhagirathi river is blocked by Tehri dam. Similarly the sediments brought by Alaknanda river from Devprayag get stuck at Srinagar hydro power project and, whatever left is stuck at Bhimgoda Bairaj. This way when the water reaches Haridwar, it is without these sediments," said Chopra.

Anjay Verma, Ganga activist said, "It is so ironical that chief secretary who has been made custodian of Ganges by the high court refused to talk to us saying he is busy with Monsoon session in Legislative assembly. He is least bothered for issues for which Swami Shivanand is about to lay his life for."

Deepak Kothari, Matri Sadan resident said that all the studies and reports of environment ministry, Central Pollution Control Board, National Green Tribunal as high court describe mining destructive for the river but the state government is misleading people by citing false studies from various institutes. He demanded that the government which claims to be pro-Ganga must put those studies on public domain to come clean on this issue.