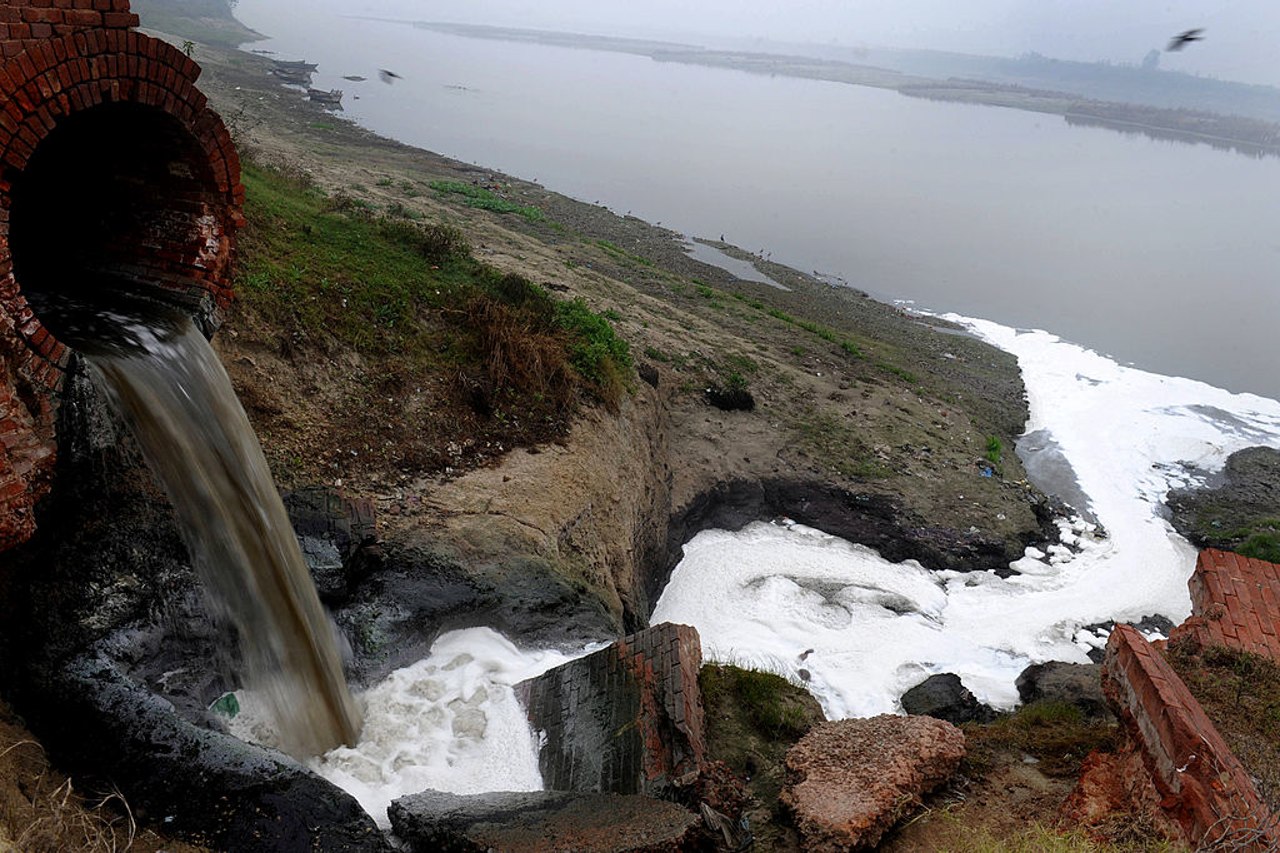 Ganga Action Plan (GAP) was first launched by Prime Minister Rajiv Gandhi in 1985. Since then, the plan has seen two extensions and an expenditure of thousands of crores of rupees. But the Ganga river has remained dirty.

The Manmohan Singh government junked the previous two failed GAPs and set up a new body, the National Ganga River Basin Authority (NGRBA), in 2009 after being reelected. It allocated Rs 7,000 crore under the new Ganga project. Fast forward to 2016, the river is still dirty, if not dirtier.

The main problem with keeping the Ganga clean is that the run-off from the millions of tonnes of fertilisers and thousands of tonnes of pesticides used in agriculture goes directly into the river. Three-fourths of the pollution in the Ganga can be accounted for by municipal sewage from the cities, towns, and villages located along its banks.

Understandably, various action plans in the past have focused on setting up Sewage Treatment Plans (STPs) on priority basis. Ironically, this has been one of the biggest failures associated with these plans.

A recent article published in  Economic and Political Weekly  (EPW) on all that ails the GAPs details how one of the main problems with these plans is the bad manner in which the STPs were planned and executed.

Here are some of the key problems associated with the treatment plans as documented in the  EPW  piece. Some of them are as funny as they are tragic.

Under Phase 1 of the GAP, the sewage estimates were based on population and water supply rate, with sewage generation assumed to be 80 percent of the water supplied. This criterion was flawed and led to an overestimation, and in some cases underestimation,   of the amount of sewage at different places.

2) No power to run the STPs

24x7 power feeding is essential for round-the-clock functioning of the STPs. However, this aspect was ignored during the building of these plants; many of them didn’t have even basic power facilities. Where they were present, STPs were rendered dysfunctional due to frequent power cuts.

For example, the municipal STP near Jajmau, Kanpur, kept discharging untreated water into the Ganga because of power cuts. The generator installed at this facility was found to be inadequate to operate the plant. How can STPs work if the facility for power is not even taken into account?

In many places, sewage treatment plants were simply not effective in treating the effluents. The inefficiency can be attributed to many factors, including lack of power supply as explained above. But it does appear that there were some real disasters at the design level.

In Kanpur, for instance, the pumping station at Sheesamau remained idle because bad alignment rendered gravity sewers incapable of carrying the discharge to the river. Essentially, what this means is that the treatment plant was established at a lower point on the slope than the Ganga. One can imagine how such faulty planning could have affected the overall plan negatively.

Now, the Narendra Modi government has launched its own  Namami Gange programme to clean up the Ganga river ecosystem. Finance Minister Arun Jaitley has pledged Rs 20,000 crore to be spent for this project in the next five years. This is five times the total expenditure made so far under all the GAPs. Hopefully, all this money will be spent well and lessons learnt from the failures discussed above.