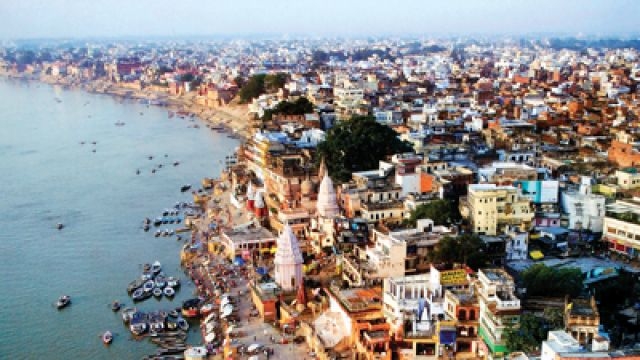 Even as it is fallen behind schedule to award contracts for setting up sewage treatment plants that will treat raw sewage flowing into river Ganga, the National Mission for Clean Ganga (NMCG) has invited bids from across the globe to award projects for cleaning up solid waste from the river's surface. NMCG is the implementing agency of National Ganga River Basin Authority, headed by Prime Minister Narendra Modi. NMCG has finally opened the bids for river surface cleaning works after long drawn consultations and industry conferences.

As part of this leg of Ganga cleaning, contractors will have to use machinery as well as manpower to collect floating solid waste such as flowers, coconuts, plastic bottles, food packets, dead bodies of humans and animals, wood, water hyacinth that dot the country's national river. The river surface cleaning works will be divided across the five Ganga basin states of Uttarakhand, Uttar Pradesh, Bihar, Jharkhand and West Bengal.

"We want to begin the river surface cleaning by June end and thus we are speeding up the tendering process to bring the project back on schedule. A lot of time was lost in the planning stages," said Rajat

Bhargava, mission director, National Mission for Clean Ganga. Bhargava added, "Although river surface cleaning is supplementary to the main work on treating polluted water we want trash skimmers to collect 6-10 tonnes of waste per day. Around 15 companies have show interest in the pre-bid meeting."

As per NMCG's bid document, the project will be awarded for three years and the contractors will have to coordinate with local municipalities and even state governments to dispose off the solid waste collected from the river surface.

Even though sewage is the biggest contributor to pollution in Ganga, it also receives a vast amount of solid waste. Cremation on the banks of the river is an age-old practice and under the river surface cleaning works, contractors will have to take care of human and animal dead bodies too. While cleaning, if human bodies are found, the contractor will have inform the local police and follow comply with procedures.