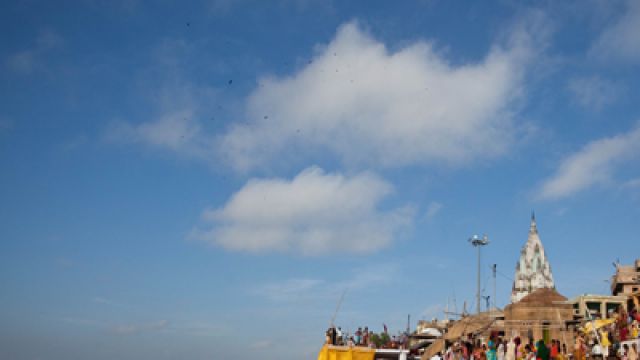 There has been improvement in water quality of the Ganga after a mass cleanliness and awareness drive conducted by Shantikunj, a Haridwar-based spiritual organisation.

While the temperature level dipped from 19 to 18.1 degrees Celsius, the turbidity level plunged from a whopping 130 Nephelometric Turbidity Units (NTU) to 90 NTU, according to a study conducted by researchers of Haridwar-based Dev Sanskriti Vishwavidyalaya and Gurukul Kangri Vishwavidyalaya. At the same time, transparency level of the Ganga water increased by almost 1.5 times from 18 to 30cm. The chloride level too decreased significantly from 26 to 16 mg/l and the TDS (total dissolved solids) came down to 102 from as high as 210 mg/l, it said.

The cleanliness and mass awareness programme was conducted by Shantikunj on October 2 this year as part of its nationwide 'Nirmal Ganga Abhiyan' which is presently in its second phase, a spokesman said.

The study covered one of the most popular and crowded ghats of the largest river basin in the world and included physio-chemical parameters like temperature, pH, turbidity, transparency, dissolved oxygen levels, bio-chemical oxygen demand and chlorides, he said.

The five-phase campaign has a nationwide reach and is primarily based on public involvement. The cleanliness drive not only focused on cleaning the river water but also making visitors and localities aware of the hazards of dirtying waters of the river.

"Temperature affects the metabolic rate in the aquatic environment. It was great to see a reasonable change in the same... Similarly, the better the transparency, the more is the penetration of sunlight in water which is good for aquatic plants. The transparency was maximum on 14th October, which was the last day of the campaign. We are happy with the results and look forward to the same with more enthusiasm," said Sushill Bhadula, Professor of Environmental Science at Dev Sanskriti Vishwavidyalaya.

Prof. Bhadula carried out the study, along with Dr B D Joshi from the department of Zoology and Environmental Science at Gurukul Kangri Vishwavidyalaya.