Gangetic Dolphins Got Blind due to Pollution 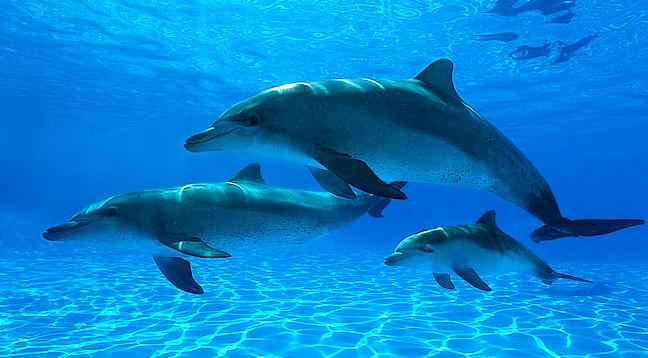 There are various hypotheses regarding the dolphins losing eyesight but little scientific research to substantiate the claim of pollution having played a role in it .

In a curious U-turn, Ministry of Water Resources said its Minister Uma Bharti's Lok Sabha statement that gangetic dolphins were getting blind because of pollution is "factually correct".

Ms Bharti's claim in the Lok Sabha that gangetic dolphins were losing vision because of pollution came under question after her Ministry in response to an RTI application said there was no scientific study to back it.

The view of the Ministry was seconded by a number of experts who said there was no scientific study to show that gangetic dolphins were losing eyesight because of pollution.

Most of them said the species, because of the habitat in which it has evolved, does not have eye lenses.

The EDGE of Existence programme launched by Zoological Society of London, which focuses on endangered species, says," Like most river dolphins, this species has little need for vision in the muddy waters it inhabits, and as a result has tiny, non-functional eyes that lack lenses. Individuals use echolocation (find the location of objects by reflected sound), to detect food and navigate and, to a very small extent, for communication."

These dolphins have been native to a particular stretch of Ganga much before pollution started affecting the quality of the river's water.