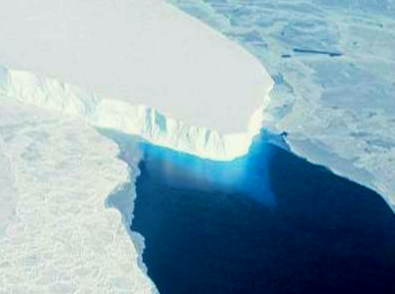 Retreat of Gangotri glacier will not have drastic influence on the flow of Ganga as the river is not totally dependent on glaciers for its water even in the head-water region, said the government on Tuesday. "The percentage of snow and glacier-fed contribution progressively reduces as one moves downstream. Rainwater and sub-surface flows contribute more than 70% of the flow of river Ganga at Haridwar", said the environment minister Anil Madhav Dave in Lok Sabha.

The minister, while responding to a Parliament Question, quoted the National Institute of Hydrology and referred to the mapping done by the country's space agency - Indian Space Research Organisation (ISRO).

The ISRO had carried out mapping of Himalayan glaciers using lndian satellite data during 2004 to 2007. The study shows that there are 34,919 glaciers spread over 75,779 sq. km. in Indus, Ganga and Brahmaputra basins covering Himalaya and Trans-Himalaya including Karakoram region.

The minister had last week informed the Lok Sabha that majority of the glaciers in the country, including the largest one Gangotri, are melting at varying rates ranging from five to 20 metre per year.

Sharing information on Gangotri and the second largest glacier Satopanth, Dave had, however, said, "Both the glaciers are retreating (melting) but not at an alarming rate".