Half the Total Sewage Discharged into Ganga 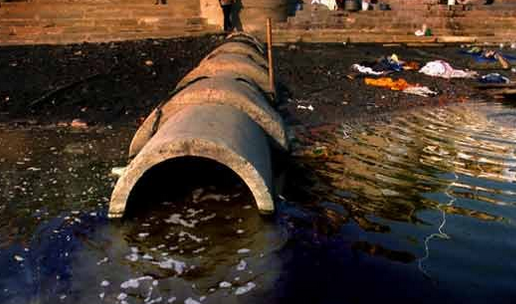 More than half the total sewage discharged into the Ganga every day comes from six big cities with Kolkata, Kanpur and Varanasi leading the pack

They are three of the total 118 towns\cities that fall in the vast basin of the country's national river. The other three cities which figure at the top are Patna, Allahabad and Moradabad.

Together they present a gigantic task before the government which aims to bring these cities to a stage where each drop of sewage water they generate can be used by different agencies\sectors including industries and municipal bodies after treatment.

The task, under the proposed 'zero discharge policy' of the Centre, however, looks much more difficult at a time when more than two-third of the sewage generated in these 118 towns get discharged into the Ganga untreated.

A recent report, prepared by a team of experts from different government agencies, has noted that these towns\cities - spread over five states - collectively generate over 3,636 million litres per day (MLD) of sewage as against the treatment capacity of approximately 1027 MLD.