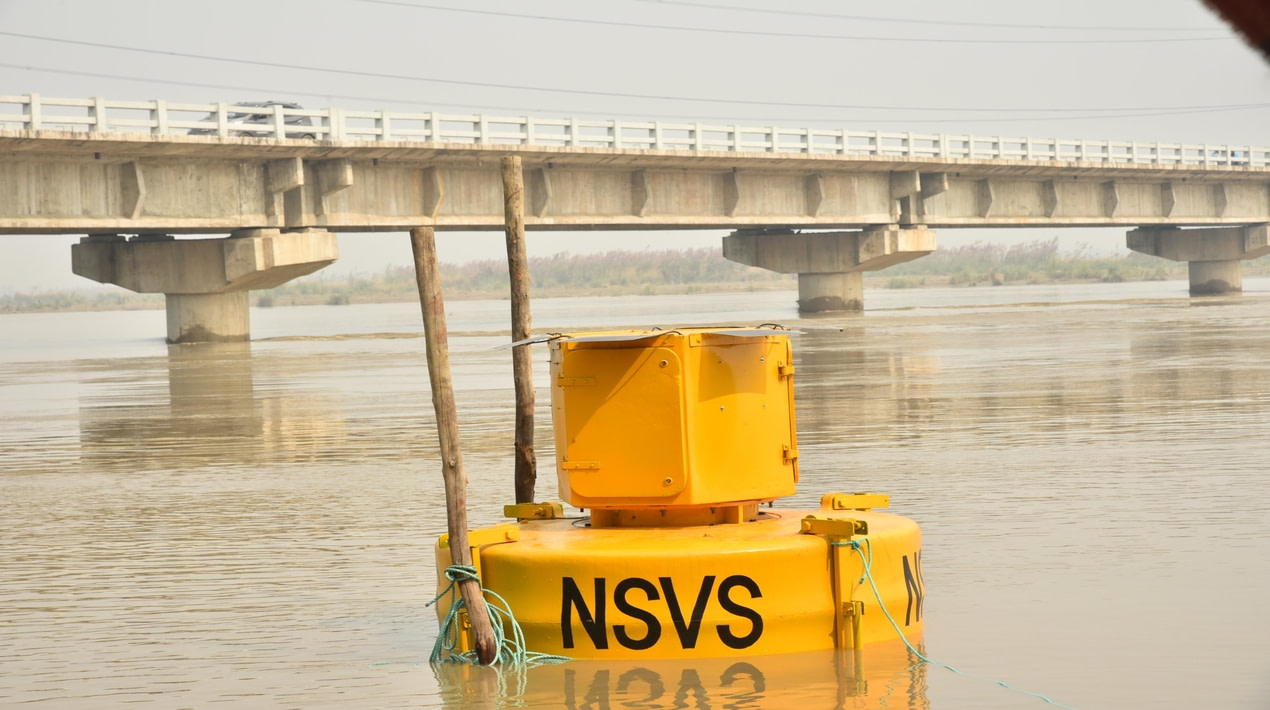 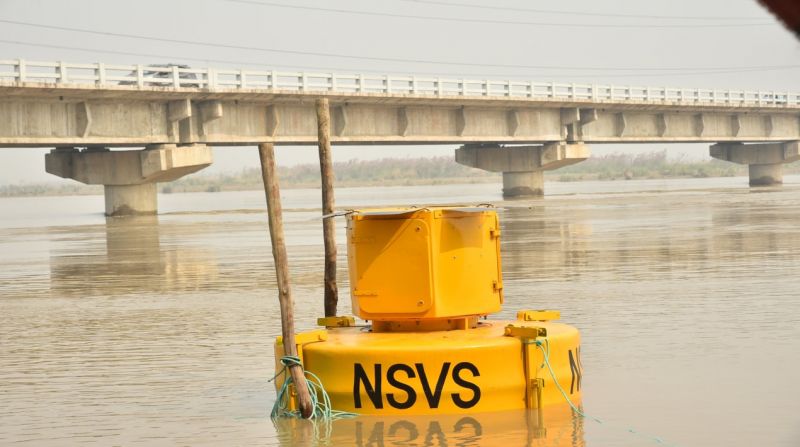 The low-cost, multi-parameter, water quality monitor, Niracara Svayamsasita Vedh Shala (NSVS), consists of an array of sensors and autosamplers on a stationary platform, which is semi-submersible, all-weather, robust, and stable. According to a news report, the aquatic autonomous observatory will enable in-situ monitoring, real-time data transmission, and web-based visualisation of the river. The project has been implemented by a team of earth scientists, and mechanical, electrical, and aerospace engineers from IIT-Kanpur.

The NSVS system can sense three parameters namely, pH (a scale to measure acidity/alkalinity), conductivity, and the dissolved oxygen capacity of water. This can be further utilised to estimate total dissolved solids, specific gravity, and the presence of metallic ions in water. It also autonomously collects data every 15 minutes and reports it through a wireless network to the institute. For self-sustenance, the platform is equipped with energy harvesting systems comprising solar cells and a vortex-induced vibration system that can extract energy from the flow of the river. It has an open-platform architecture, as such other institutes may also integrate their similar projects with the IIT-Kanpur module in a collaborative model. The system needs to collect data at least for a year for researchers to understand the characteristics of the river in various seasons. The team will need many more devices to assess the health of the river throughout its length.

It took three years to complete the NSVS prototype. The project budget was IN₹14.3 million (US$190,927). Nearly 60% of the budget was spent on high precision sensor calibrations and the design of a sensor and auto-collection system from the US. The report noted that with its large riverine network, India battles frequent floods, foam-filled toxic water bodies, unexpected rises in water levels, and polluted rivers, impacted by global warming and human activity. In this context, the river monitoring system is expected to aid conservation efforts. A representative from IIT-Kanpur noted that the Ganges is not just a river but also a cultural heritage. “Therefore, it is our responsibility to safeguard it. IIT-Kanpur has been doing rigorous research and developing mechanisms to study its ecosystem and the impact of climate change,” he said.

In September, researchers at IIT-Delhi developed a device called the liquid-solid interface triboelectric nanogenerator to generate electricity from water drops, raindrops, water streams, and the ocean. The structure of the device consists of nanocomposite polymers and contact electrodes.

As OpenGov Asia had reported, the device can generate a few milliwatts (MW) of power, which is able to recharge small electric devices like watches, digital thermometers, radio frequency transmitters, healthcare sensors, and pedometers. While comparing with the use of other effects such as the piezoelectric effect, the current device will be able to generate more electricity. The piezoelectric effect can generate an electric charge when a certain amount of mechanical stress is applied. But IIT-Delhi researchers have been working to generate electricity with the use of wasted mechanical vibration by using an effect named triboelectric effect, which derives and stores the energy. The researchers have demonstrated how the device produces electricity when water rolls over its surface. The device can also store the energy in batteries for further use.