Life in Ganga is in Crisis 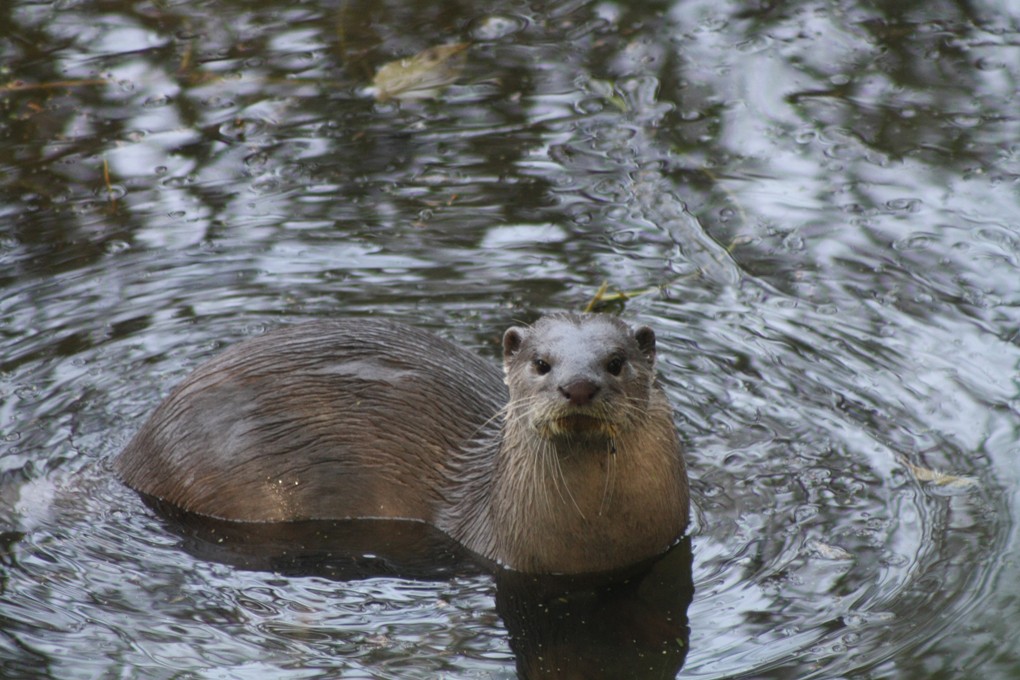 India’s greatest river is increasingly becoming unliveable for the rich aquatic life it once supported easily.

Once fondly called the tiger of the Ganga, even a minnow-sized Golden Mahseer is now difficult to find in the streams and rivers of the Himalayan foothills that get together to form India’s mother river. WWF-India estimates that over the last century, the percentage share of Golden Mahseer in the catch has declined from 40-50% to 5% in this part of the world.

With 60% of the Ganga waters diverted for hydroelectricity and irrigation even before the river reaches the plains, there is simply not enough water for the big fish. Even the small samples are staring at extinction if the new dams being planned stop their access to Uttarakhand’s Nyar River, a tributary of the Ganga.

Suresh Babu, Director, River Basins & Water Policy at WWF-India, says in Environmental Flows Assessment in India: The Ganga Experience, “It is believed that the Nyar is the only tributary of the Ganga in which Mahseer (fish) breed in the monsoon period when the flow in the Nyar is conducive. The construction of dams and hydropower plants in the downstream reaches may change this situation, as the adult Mahseer may not be able to migrate upstream to reach the Nyar for breeding.”

This is one reason why experts want to preserve the environmental flow of the Ganga while taking up development projects on the river. The term describes the volume, timing and quality of water flows required to sustain the river’s ecosystem and livelihoods of people dependent on it. But there are huge differences between hydropower project developers and environmentalists on what this volume should be.

“The government has the ‘Namami Gange’ programme and they are talking about aviral (free) flow, swachh kinara (riverfront development) and preserving the zoological and ecological integrity of the river, but where is the roadmap? When you talk about a free-flowing river, it doesn’t mean free flow of water only. It means free flow of everything including nutrients, biota, and everything that’s there in the river, including wildlife,” said Himanshu Thakkar, co-ordinator of South Asia Network on Dams, Rivers and People, a non-profit.

River that was rich with life

With the main river flowing over 2,500 km, the Ganga and its tributaries are home to over 140 fish species, 90 amphibians and many birds, quite apart from the famous reptiles and mammals. And this does not include the biodiversity-rich delta, the Sundarbans.

Like all Hindu gods and goddesses, Mother Ganga is always depicted riding her  vahana  (animal vehicle). In her case, it is the  Makara , the Ganga river dolphin. Now declared India’s national aquatic animal, these blind dolphins – one of only four freshwater species in the world – continue to be under threat. But they are not the only ones.

The fish-eating crocodile species the Gharial (sometimes also called Gavial), otters, turtles, fishes, all the animals in the Ganga need clean flowing water, with sufficient depth for migration and spawning. With constant breaks due to dams and barrages, and due to drains discharging untreated effluents into the river, this simply does not happen anymore.

Several species are vanishing. For example, the Hilsa that once swam up most of the Ganga and the Yamuna from the Bay of Bengal up to Delhi has now vanished upriver of the Farakka Barrage at the India-Bangladesh border.

The Ganga river dolphin is still found in the river in Uttar Pradesh, Bihar and West Bengal. But these animals depend on echolocation to find their food. So they are highly vulnerable to changes in water flow and depth. Nowadays they have congregated in a few relatively clean spots with adequate water. They have done the same along the Brahmaputra and its tributaries, where their main problem is lack of depth as the river keeps dumping more sand on its bed.

WWF-India is running a programme to conserve the dolphins while roping in local communities along the river in Narora, Uttar Pradesh. The NGO is trying to make people aware that presence of dolphins is an indicator of the good health of the river and helps in cleaning the water. The results are encouraging. In an estimation done in 2015 led by WWF-India at tandem with state authorities, it was estimated that the number of dolphins in UP was 1,272, up from 671 in 2012.

“Dolphins are found in pockets of deep water, and thrive in areas dominated by eddy currents for feeding,” Said asghar Nawab, senior biodiversity expert in WWF-India. “They also disperse in monsoon period.” With the any slight change in the depth of the river or the flow of currents, the animals can get severely impacted.

According to Nachiket Kelkar, a researcher from Ashoka Trust for Research in Ecology and the Environment, the negative impacts are already being felt in Bhagalpur, an industrial town in Bihar, close to the Vikramshila dolphin sanctuary.

“The water level in the river has really gone down. Earlier the deep pools used to be of 50 metres in depth but they have now reduced to 30 metres,” Kelkar said. “With the reduction in the level of water, dolphins become highly vulnerable and often get stuck in the fishing nets .”

According to Kelkar, dams upstream are releasing less water because they do not want to affect the building of bridges. Also, the entire river is being dredged downstream from Varanasi (in Uttar Pradesh) for the proposed National Inland Waterway Number 1. This has played havoc with the ecosystem, he said.

“Earlier 10-12 dolphins used to die every year but this time the number rose to 17-20. And due to dredging, not only the water levels and sediment level got disturbed, but we feel that the sound waves from dredging are also interfering with the echolocation of the dolphins.” Changes in sound frequencies disorient dolphins, and they get caught in fishing nets.

Apart from its dolphin programme, WWF-India is trying to conserve gharials and turtles by involving local communities in Hastinapur Wildlife Sanctuary in Uttar Pradesh.

Gharials were once abundant in the Ganga and its tributaries. Now, only 1,200 of them are estimated to be surviving in the wild. Hundreds of captive-bred gharials have been released in the river by WWF-India in the last few years. Thanks to its awareness drives, fishermen who used to think of gharials as competitors have started conserving them instead.

But the big problem is sand mining, some of it under licence, most of it illegal. Like all crocodiles, gharials need sandy banks for basking and breeding. With the sand being carted away by truckloads every day, they have nowhere to go.

As for the three-striped roofed turtle, Indian tent turtle and brown roofed turtle, the awareness drives seem to have helped. Their big problem was farmers ploughing up their eggs on the riverbanks. Now many farmers report when they sight a clutch, and volunteers remove the eggs to safe locations.