New STPs in Patna to stop sewage flow into Ganga 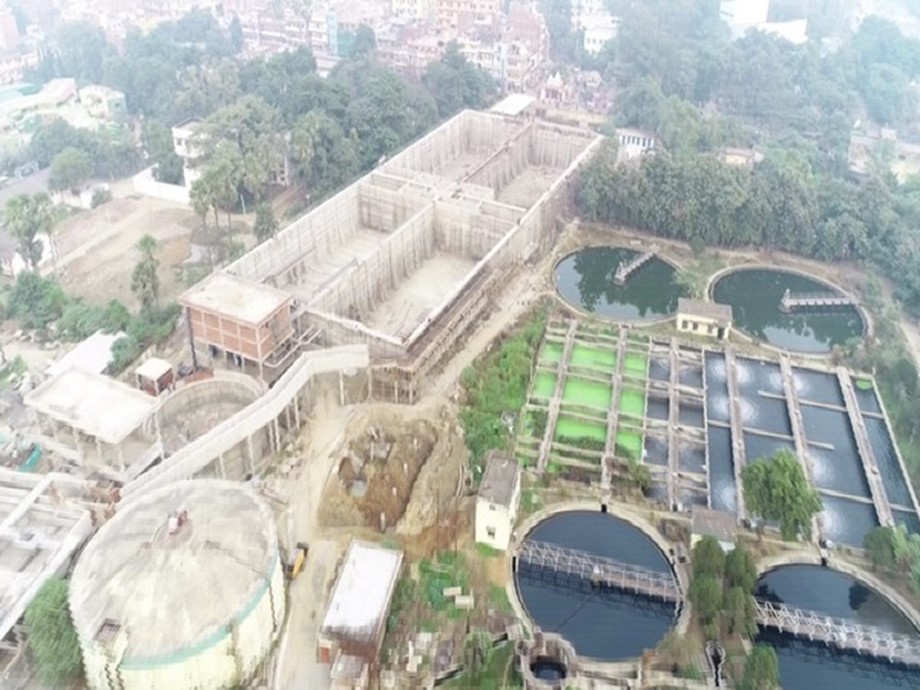 The growing population of Patna -- an ancient city sprawling along the south bank of River Ganga -- is leading to an increased outflow of domestic wastewater. 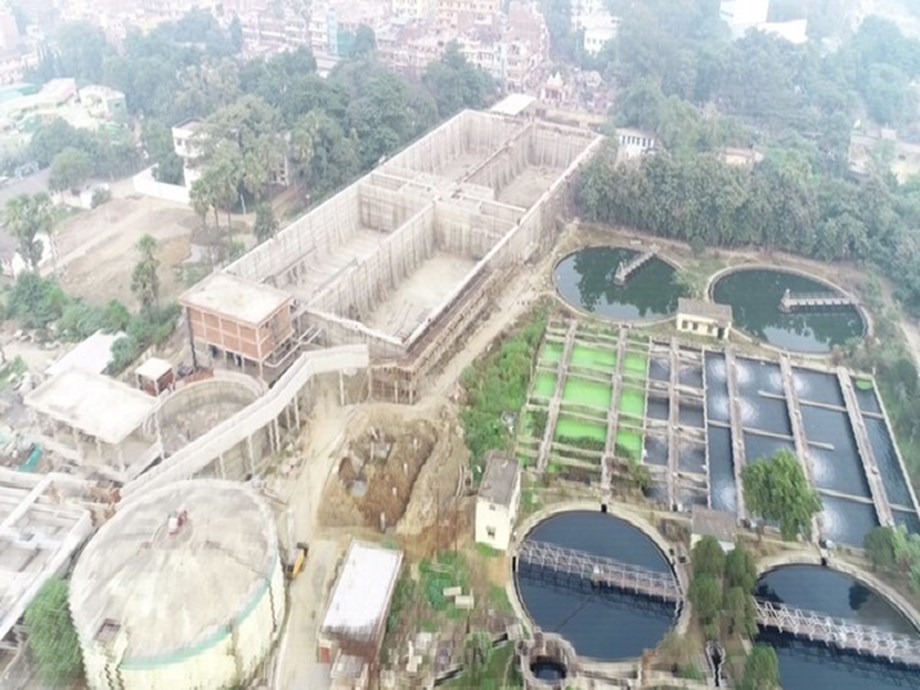 The view of the new Sewage Treatment Plant being constructed in Patna. Image Credit: ANI

The growing population of Patna -- an ancient city sprawling along the south bank of River Ganga -- is leading to an increased outflow of domestic wastewater. The existing sewage treatment plants in the city have long outlived their utility; the old sewer lives are chocked, and the untreated water flows into Ganga.

Under the Namami Gange Programme, the National Mission for Clean Ganga (NMCG) has put in place a comprehensive sewage management plan to ensure that no wastewater is discharged into the river. Rajiv Ranjan Mishra, Director General of National Mission for Clean Ganga said, "Patna and Bhagalpur contribute to more than 50 per cent of pollution/sewage flowing to Ganga from Bihar, which is why they remain our focus. We have got 11 projects in Patna. Almost 3,000 crores worth of interventions are taking place in this city only."

"One project has been completed at Karmali Chak Sewage Treatment Plant. In Patna, we have got STPs plus network. Patna, being a capital city, still does not have a sewerage network. Sewer lines are not there in the city, except in some old areas. So, almost the entire sewerage network is being built up under Namami Gange for Patna," he added. Patna has been divided into 6 zones and new STPs are being constructed.

In order to revamp the sewage management system in the city, NMCG has approved 11 projects worth over Rs 3,500 crore that will involve laying down 1,140 km of sewerage lines and create sewage treatment capacity of 350 MLD. This would cover the sewage treatment requirements of the city up to 2035 when its sewage generation is estimated to be 320 MLD.

Yogendra Kumar, Executive Engineer, Bihar Urban Infrastructure Development Corporation Ltd (BUIDCO) said, "In Patna, sewage is not allowed to flow directly into Ganga. We are working to connect every household with a sewerage system. The household wastewater will be diverted to the main hole and then to an STP. The wastewater will be treated through SBR (Sequencing Batch Reactors) technology and used for irrigation purposes after chlorination". Work on most projects under Namami Gange scheme in Patna is in the final stages.

Beur and Karmalichak STPs will together treat 80 million litres of wastewater per day through a sewerage network of 277 kilometres. The estimated cost of the Karmalichak STP is about Rs. 77 crore and the Beur STP will cost Rs. 68 crore. Work on two other sewage plants, 60 MLD STP in Saidpur Pahari and another 60 MLD STP at Pahari, is also near completion.

Om Prakash Singh, Chief Engineer, Namami Gange in Bihar said, "The main target of this STP is to stop the flow of wastewater into the Ganga. The treated water will be used for agriculture, by industries and power plants". Anant Jirage, Project Manager, Voltas said, "This technology requires limited area and has minimum electricity consumption to run a plant. The treated water can be reused and is suitable for industrial use, building construction and agriculture."

In Bihar, Namami Gange sewerage infrastructure projects have been sanctioned in 18 towns at a cost of over Rs. 5,000 crores. The present sewage treatment capacity of towns along the Ganga is only 64 million litres per day (MLD) which is being enhanced almost 10 times to 643 MLD through the Namami Gange projects. (ANI)