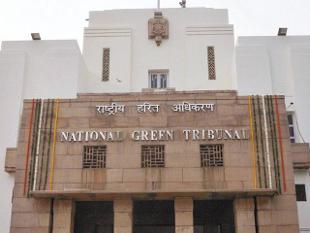 The National Green Tribunal today slammed Uttar Pradesh Pollution Control Board (UPPCB) over the quantum of sewage discharged in Ganga from various towns of the state and directed it to submit complete data on domestic and industrial waste released in the river.

"What is the total quantity of domestic and industrial sewage discharge in Ganga and its tributaries like Kali and Ramganga? We want to know town-wise discharge of effluents. Tell us contribution of towns which are located on the banks of these rivers. We want it by tomorrow," a bench headed by NGT Chairperson Justice Swatanter Kumar asked UPPCB.

The green panel asked UPPCB to sit with Central Pollution Control Board and UP Jal Nigam and provide by tomorrow a "commonly acceptable" data on the total sewage flushed in the river on a daily basis and the sewage treatments plants.

"You (UPPCB) give us a note which is commonly acceptable to Central Pollution Control Board and UP Jal Nigam. Give us segregated data and all these authorities will sign the statement," the bench said. During the hearing, UPPCB informed the bench that 31 towns are located in the state (Haridwar to Kanpur) on bank of Ganga and its tributaries. While 20 towns are situated on the bank of Ganga, eight are on Ramganga while three are located on the bank of river Kali.

The board also informed that these towns generated 544 million litre per day (MLD) of sewage, of which only 176.27 MLD joins Ganga after treatment while the remaining effluent flows directly into the river.

NGT had earlier directed Uttar Pradesh and Uttarakhand government to identify seriously polluting industries located on the banks of Ganga and apprise it about "quantity and quality" of discharge generated by them in the river.