Paper: Water quality of the River Ganga (The Ganges) and some of its physico-chemical properties 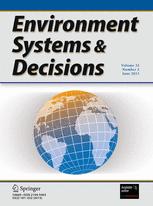 The water qualities of the River Ganga (The Ganges) over a short stretch from Swarupganj to Barrackpore (in West Bengal) have been determined and are compared with the values reported by the National Environmental Engineering Research Institute of India for the periods 1972–74 and 1979–80. The water quality is generally bad, but not at such alarming levels as previously determined by other agencies. Biochemical and chemical oxygen demand (BOD and COD) levels are high but within tolerable limits. Dissolved oxygen (DO) levels are are fairly high, indicating a reasonable self-purifying capability for the River Ganga. However, nutrient loads containing N and P have increased enormously in recent years.