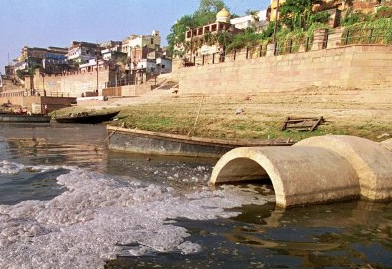 Those cities are Haridwar, Rishikesh, Varanasi and Allahabad.

The money will also be spent for ensuring sewage treatment facility in two cities – Vrindavan and Delhi – along Yamuna. With this, NMCG has approved projects worth more than Rs 4,100 crore during the last three months in Uttarakhand, Uttar Pradesh, Bihar, Jharkhand and Delhi.

In a review meeting last month, Prime Minister Narendra Modi had expressed unhappiness over slow pace of work related to Ganga cleaning. Union Water Resources Minister Uma Bharti has been on a two-week ‘Ganga Nirakshan’ yatra to assess the ground situation and interact with people.

In Delhi, construction of as many as seven prioritized STPs of total capacity of 94 MLD in Najafgarh area have been approved at an estimated cost of Rs 344.81 crore under ‘Maily Se Nirmal Yamuna’ project that was initiated on the directions of  National Green Tribunal (NGT). Najafgarh drain contributes around 70 percent of the total discharge of the city into river Yamuna that includes a lot of untreated sewage.