Resolving Disputes Over Assets Along Ganga

The governments in Uttar Pradesh and Uttarakhand have stepped up efforts to resolve their longpending disputes over control of different assets along the Ganga. 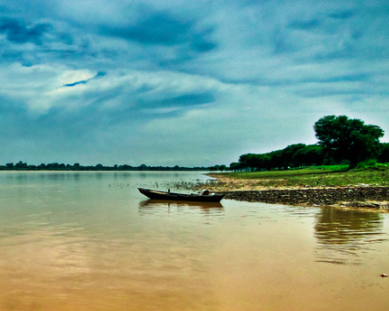 A boat on Ganga

The Union water resources ministry brought both states to the discussion table and decided to constitute a joint body — Ganga Management Board (GMB) — next month to look into disputes between them over distribution of river waters and management of assets including irrigation canals.

The board will also help in better coordination between the two states on various components of the ongoing Ganga rejuvenation programme.
Chaired by water resources secretary Amarjit Singh, the meeting on Friday deliberated on modalities to set up the GMB.

UP government officials informed the participants that the matter had already been put up before chief minister Aditya Nath Yogi for approval.

"Both states agreed in principle to take final concurrence of their respective governments by May 9 when the next meeting is scheduled here at the behest of the water resources ministry," said an official.

Singh is learnt to have told the state representatives that the ministry would notify the GMB irrespective of any response from them as the Uttarakhand HC had recently ordered the government to act fast on the issue.

As many as 43 canals partly lie in both states and their management control is not clear — a scenario which affects their maintenance and water distribution for irrigation. "Both states have agreed to finalise their control and operation within one month.

The objective of this exercise is to rationalise operation and control of these 43 canals for their efficient management," the official said.