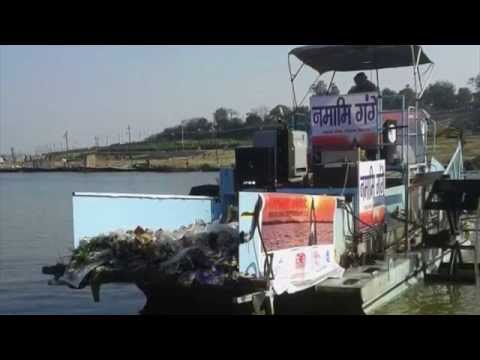 According to reports, the influx of garbage, especially plastic bags, coconuts, always increases during this mela as millions of devotees throng the city to take dip in the holy Ganges.

As part of it, a special technical committee set up by the ministry has approved a pilot project with a special technology for cleaning water bodies across the country such as aquatic weed removal, floating trash skimming, desilting and dredging. The project being run by the National Mission for Clean Ganga (NMCG), an arm of Water Resources, River Development and Ganga Rejuvenation Ministry.

While informing about the decision, a senior official of NMCG, said, "We have deployed two floating trash skimmers for cleaning the river of all kinds of floating materials like plastic bags, bottles, cans, food packets, coconuts among others, dumped into the river by humans. These become a visual eye sore and also have a negative impact on water quality."

"The interventions at ghats and river fronts will facilitate better citizen connect and set the tone for river centric urban planning process," the NMCG official said, adding that Cleantec machines are the same machines which were deployed in the river Sabarmati in Ahmedabad and had helped in the cleaning of the waterfront area. source