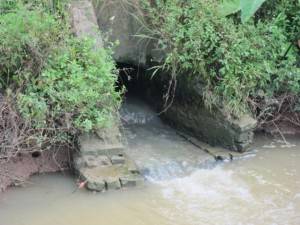 Rivers have played an important role in the economics society development of human life. Since thousands of years, before the irrigation system exist, many delta regions have been formed naturally by the floodplains of the rivers.

Rivers have played an important role in the economics society development of human life. Since thousands of years, before the irrigation system exist (dykes, dams, canals, etc.), many delta regions have been formed naturally by the floodplains of the rivers. And, the Red River Delta (RRD) is one such delta.

RRD is a vast land area located downstream of the Red River in the Northern of Vietnam,  area approximately 23,336km2, account for 7,1% Vietnam's area.

Red River is like “blood vessel" of the economic development of whole the RRD.

The total amount of water of the Red River flowing to the territory of Vietnam has been estimated at about 82.54 bill.m3/year (IWRP 2015), it carries a large amounts of sediment estimated about 125 million tons / year (VAWR 2010), that has greatly contributed to the development of agriculture production of RRD.

2. The status quo of water use in the Red River Basin

Table 2.1. Water demand of economic sectors in the RRB

3. The challenges to ensure the water supply

In comparison with water demand of other sectors, water demand of agriculture production is largest; it is about 13.65 bill.m3/year, accounted for 16.4% of total annual flow generated of the Red River in Vietnam.

Regarding to the infrastructures for agriculture, RRD has 3,488/ 5,415 irrigation pumping stations (MARD 2014); and 61,258 km canal water distribution and a thousands of gates or intakes along the Red River.

orks has not yet achieved as original designs due to some reasons:

At the present time, the efficiency of water irrigation system of RRD is approximately around 60% (MARD 2014); if so, forecast to in 2020, the Red River needed to be supplied amount of water is about 21.5 bill.m3/year, increase flow by about 8 bill.m3/year compared to actual demand (13.65 bill.m3/year).

4. Trade-offs between the water supply and the healthy river

Assumption 01: concerning only on one side of water supply

To meet the increasing water demand for agriculture production and other economic sectors by 2020, hydraulic works will have to receive more water from the Red River, this trade-offs would be a negative impact of the Red River health. Why?

Continued from analyzing as mentioned above, not all the irrigation water will be "disappear" completely, after being used partly for human productive activities, especially agriculture production, majority of irrigated water will be back to the Red River by many ways, such as via the drainage canals or groundwater. Unfortunately, most irrigation supplies contain very high concentrations of these toxic and are generally quite big problems, which are the water quality and salinity intrusion, namely:

Assumption 02: concerning only on one side of Red River health

Frankly, there is an assumption, many environmental protection agencies of Government and NGOs will protest, therefore, this trade-off usually involves the irrigation systems will have to use less water from the Red River, in consequence, not getting enough water to service agriculture production and other economic sectors lead to impact on development of RRD.

5. In lieu of a conclusion