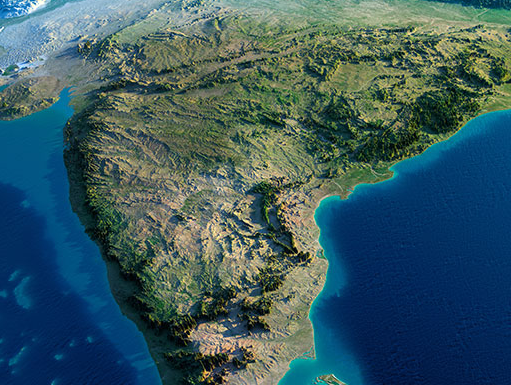 Britain’s earth observation community is linking with Indian experts to assess the impact of climate change and the associated greenhouse gas emissions on agriculture in the Indo-Gangetic Plain. 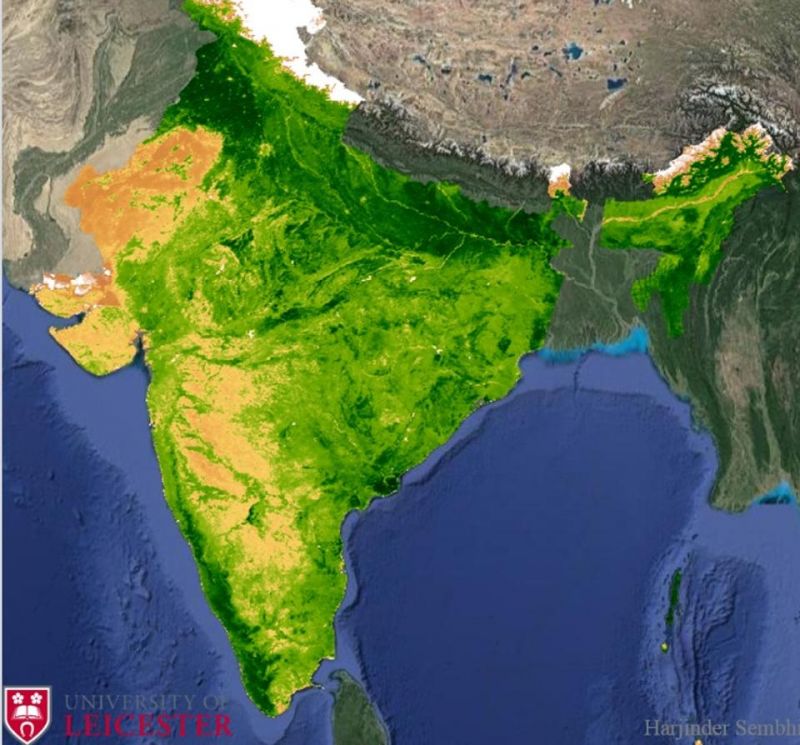 The normalised difference vegetation index (NDVI) over India, calculated from data collected by NASA’s MODIS space sensor. NDVI indicates the presence of live vegetation on earth’s surface — the deeper the intensity of green (as observed across north India), the denser the vegetation.(University of Leicester)

The project, funded by the UK-India Education and Research Initiative and the Department of Science and Technology, brings together experts from the University of Leicester and Indian Institute of Technology (Kanpur) to set up a new international research network.

The use of novel earth observation datasets used in the project is expected to provide a much better understanding of regional and long-term changes across the plains and how they impact agricultural yield.

The plains extends across northern India, connecting to Pakistan, Bangladesh and Nepal, and is region of large scientific and economic interest.

The project’s context is the increasing agricultural production and industrialisation to meet the demands of a growing population, which means human-induced disturbances which threaten the natural ecosystem in this region.

Such changes have been observed to impact the quality of air and emissions of greenhouse gases and therefore the need to monitor land-use and the regional greenhouse gas budget is becoming critical, a release from the University of Leicester said.

In addition to these pressures, large climatic variations such as extreme changes in rainfall or temperature can also significantly impact crop productivity, food and water security in the future.

The project will focus on combining expert knowledge in Earth observation space sensors, highly accurate ground-based measurements with state-of-the-art models of the land surface to determine the climatic drivers of yield modulations and its relation to greenhouse gas emissions.