What is WWF doing to save the Ganga Dolphin 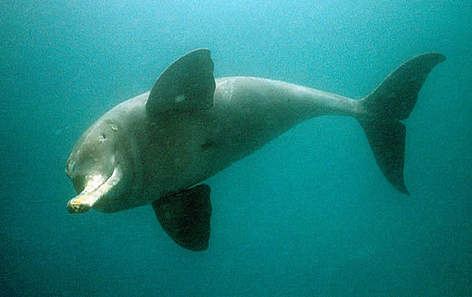 Poorest community leaps ahead with help of conservation awareness programme

Farida Village in Uttar Pradesh, India was identified as the most disadvantaged of a number of communities in a stretch of the Ganges River forming significant habitat for the rare, endangered freshwater Ganges River Dolphin. The dolphin has been a species of special concern to WWF since 1997, and Farida village was chosen for a pilot dolphin conservation initiative in 2001. Follow up studies in 2005 quantified changes in wellbeing among villagers that were linked to the dolphin conservation programme.

Initiatives and Results
Education and awareness campaigns were established which were designed to improve the conservation status of the river dolphins, improve the livelihoods of the community of Farida, and influence government policies on conservation.

After five years of the project, from 2001-2005, the size of landholdings increased marginally and the number of landless people declined from 24 to 18 percent. There was a large increase in the number of livestock owned by each household, and in other household assets, particularly in television sets and scooters. Less water was being sourced directly from the river and there was a clear shift from chemical to organic fertilisers and pesticides.

Increasing capacity within the community to capitalise on government initiatives
The key benefit of the dolphin programme, however, was in making Farida's villagers aware of programmes and benefits provided by the Indian government for village level organisations. A more confident village is assessing its own governance, demanding better governance from others and claiming its entitlements both generally and for its conservation work. Partly as a result of this dynamic, the villagers link WWF's conservation awareness programmes with village infrastructure improvements to roads, lanes, drainage, water supply and sanitation and electricity and communications.

Improving Water Quality
The villagers have also become more aware of their environment and the effects of their actions. They take less fish overall and have mostly ceased fishing in designated dolphin habitat. They are taking part in riverbank re-vegetation and are monitoring the pollution of upstream industry and considering how to bring their collective voice to bear on the issue.

Minimizing fuelwood use and Pollution control
Fuel wood use was down with villages accounting for their changed behaviour on the basis that fuelwood collection caused erosion problems. Less water was being sourced directly from the river, and there was a clear shift from chemical to organic fertilisers and pesticides.

Ensuring Good Governance
The positive results of the WWF programme also contrasted with previous government programmes which had failed to achieve results in villages like Farida. Although some new issues have arisen - for example, borrowing needs to be diverted from private moneylenders to banks and cooperative credit schemes - "the work conducted in Farida demonstrates systematic links between the conservation initiatives and delivery of millennium development goals, particularly in achieving environmental sustainability and eradicating extreme poverty and hunger."