Ganga - The river, its pollution and what we can do to clean it 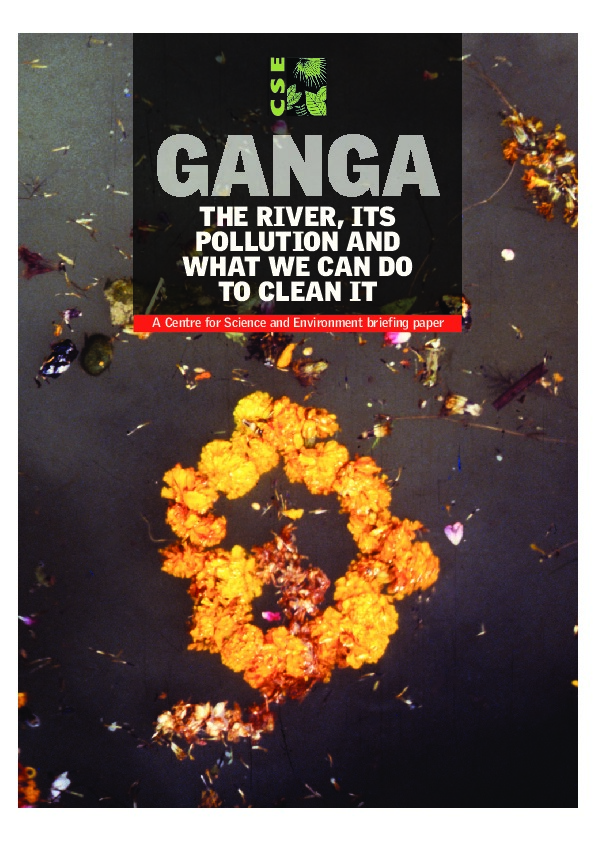 Published by: Centre for Science and Environment (India)

Ganga is India’s largest river basin: it covers 26 per cent of the country’s landmass and supports 43 per cent of its population. In 1986, the government of India launched the Ganga Action Plan (GAP). In August 2009, GAP was re-launched with a reconstituted National Ganga River Basin Authority. The objectives in the past 30-odd years have remained the same: to improve the water quality of the river to acceptable standards (defined as bathing water quality standards) by preventing pollution from reaching it — in other words, intercepting the sewage and treating it before discharge into the river. But despite programmes, funds and some attention, the Ganga still runs polluted. Worse, recent studies show that pollution is increasing even in the stretches which were earlier considered clean. What can be done? What is the way ahead? This paper puts forward the state of the river and the steps that need to be taken to make Ganga ‘live’ forever.