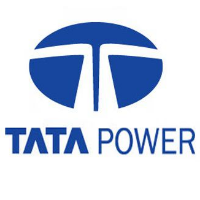 Tata Power is India's largest integrated power company with a significant international presence. The Company has an installed generation capacity of 9183 MW in India and a presence in all the segments of the power sector viz Generation (thermal, hydro, solar and wind), Transmission, Distribution and Trading. It has successful public-private partner ships in Generation, Transmission and Distribution in India namely "Tata Power Delhi Distribution Limited" with Delhi Vidyut Board for distribution in North Delhi, 'Powerlinks Transmission Ltd.' with Power Grid Corporation of India Ltd. for evacuation of Power from Tala hydro plant in Bhutan to Delhi and 'Maithon Power Ltd.' with Damodar Valley Corporation for a 1050 MW Mega Power Project at Jharkhand. It is one of the largest renewable energy players in India has developed country's first 4000 MW Ultra Mega Power Project at Mundra (Gujarat) based on super-critical technology.

Its international presence includes strategic investments in Indonesia through 30% stake in coal mines and a geothermal project; in Singapore through Trust Energy Resources to securitise coal supply and the shipping of coal for its thermal power generation operations; in South Africa through a joint venture called ‘Cennergi' to develop projects in 16 different countries in Africa; in Australia through investments in enhanced geothermal and clean coal technologies and in Bhutan through a hydro project in partnership with The Royal Government of Bhutan. With its track record of technology leadership, project execution excellence, world class safety processes, customer care and driving green initiatives, Tata Power is poised for a multi-fold growth and committed to 'lighting up lives' for generations to come.