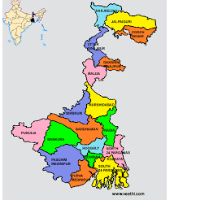 National Mission for Clean Ganga (NMCG) is the implementation wing of National Ganga River Basin Authority (NGRBA). It is a registered society originally formed by Ministry of Environment, Forests and Climate Change(MoEFCC) on 12th August 2011 under the Societies Registration Act, 1860. As per the 306th amendment in the Government of India (Allocation of Business) Rules, 1961, both NGRBA and NMCG are allocated to the Ministry of Water Resources, River Development and Ganga Rejuvenation(MoWR,RD &GR).

Accordingly the General Body of NMCG is being re constituted. The Secretary to the Government of India, MoWR, RD & GR is the current chairman of the Governing Council of NMCG. As per the approval of the Cabinet Committee on Economic Affairs (CCEA), the mandate of NGRBA is being implemented by, the National Mission for Clean Ganga (NMCG). At national level NMCG is the coordinating body and is being supported by States Level Program Management Groups (SPMGs) of UP, Uttarakhand, Bihar and West Bengal which, are also registered as societies under Societies Registration Act, 1860 and a dedicated Nodal Cell in Jharkhand.